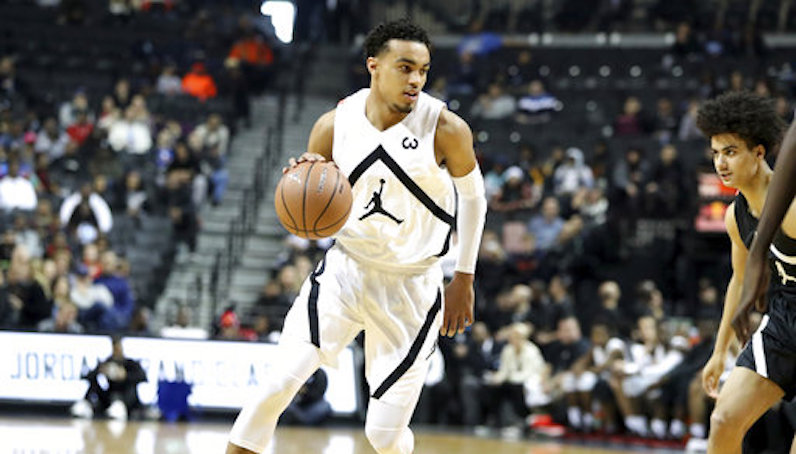 On Monday this week (Oct. 15), the Bob Cousy Award released its preseason watch list. The award is given out every year to the top point guard in college basketball. Initially, 20 players have been named to the watch list, including four from the ACC — the most of any conference. Three of these names were also in attendance this summer at the CP3 Elite Guard Camp in Winston-Salem.

The list will be cut down to 10 in February; five finalists will be announced later in March. Here’s a look at the four ACC players named to a list, plus an interesting stat for each.

Bowman is set to be the ACC’s preeminent high-usage pick-and-roll point guard; with Jerome Robinson now a Los Angeles Clipper, it’s Bowman’s show in Chestnut Hill. In the 2017-18 season, nearly 32 percent of Bowman’s possessions came out of the pick-and-roll, according to Synergy Sports: 163 points on 217 possessions (38 FG%, 42 eFG%).

You have to be pretty fell thought of as a freshman to make this list; Jones is exactly that. Tre Jones will look to fellow in the footsteps of his brother Tyus — who, before becoming a solid NBA player, helped lead Duke to the 2015 national championship.

The award has never been won by a freshman, but if he can do what Tyus did during the 2014-15 season, Tre will have a shot. According to Synergy, Tyus scored 1.16 points per possession (58.2 eFG%) out of the pick-and-roll.

Jerome isn’t the most explosive athlete at the point guard position, but he brings some size and plenty of smarts to the defensive end. At the top of Virginia’s No. 1 defense, he shines. As a sophomore, Jerome averaged an impressive 3.5 steals per 100 possessions.

As the primary creator of the ACC’s top three-point offense, Robinson assisted on 32.9 percent of his teammates’ field goals while on the floor in 2017-18 — 10.4 dimes per 100 possessions.

Robinson was one of nine Division I players last season to make 50 three-pointers, hand out 150 assists, attempt 120 free throws and post a true shooting clip above 58 percent. One of those other nine players — Villanova’s Jalen Brunson — won the Bob Cousy Award in 2018.

UNC, Duke and Miami visits are on the horizon for 5-star center Vernon Carey