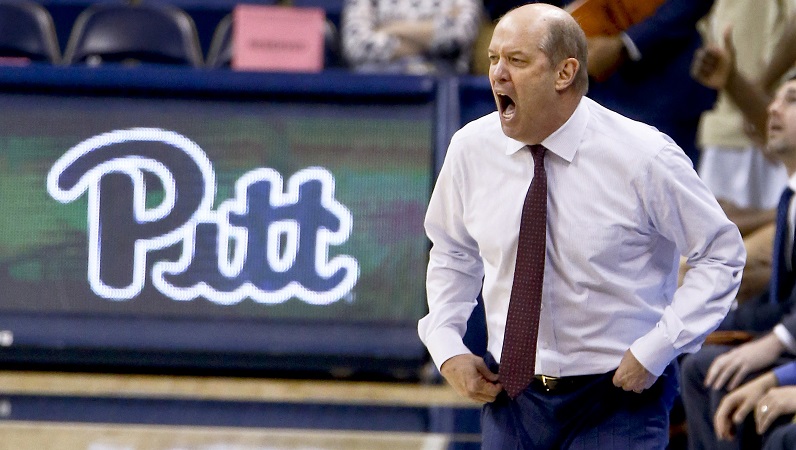 Pittsburgh coach Kevin Stallings reacts to a foul call as his team plays against Wake Forest during the second half of an NCAA college basketball game, in Pittsburgh. The worst season in Pittsburgh basketball history cost head coach Stallings his job. A person with direct knowledge of the situations said Stallings was let go by the university on Thursday, March 8, 2018, just two days after the Panthers completed an 8-24 season that included an 0-19 mark in Atlantic Coast Conference play. The person spoke to The Associated Press on condition of anonymity because the university had not made a formal announcement. (AP Photo/Keith Srakocic, File)

As Pitt figures out just how much it will cost – perhaps up to $9 million or more – to cut Kevin Stallings loose, athletic director Heather Lyke’s search is on for the Panthers’ new head coach.

With signees and current players asking for their releases in droves, Lyke can’t afford to get this hire wrong if Pitt expects to have any chance of competing in the ACC in the near future.

Although possibilities such as Tom Crean and Dan Hurley have fallen to the wayside – Crean was hired by Georgia, while Hurley took the job at UConn – Pitt still has multiple solid options.