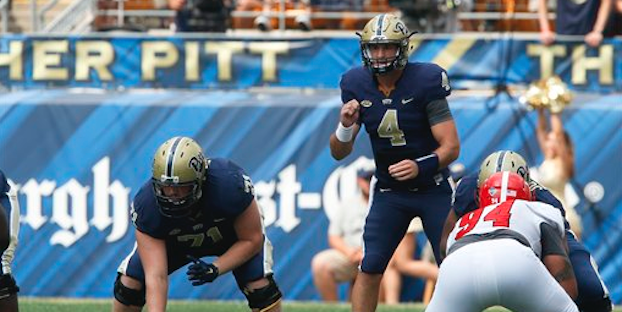 After starting the first two games of the season at quarterback for Pittsburgh, Chad Voytik may not get the nod in Week 3. Voytik entered this past weekend as the No. 1 signal-caller, but it was backup Nate Peterman who stepped in with an impressive performance in the 24-7 victory over Akron, completing 12 of 17 passes for 148 yards and a touchdown.

According to the Post-Gazette, Peterman has been seeing first-team reps in practice this week, which could be an indication that he’ll be the starter in this weekend’s matchup at Iowa.

Should Peterman get the start, or should the Panthers stick with Voytik? You be the coach.