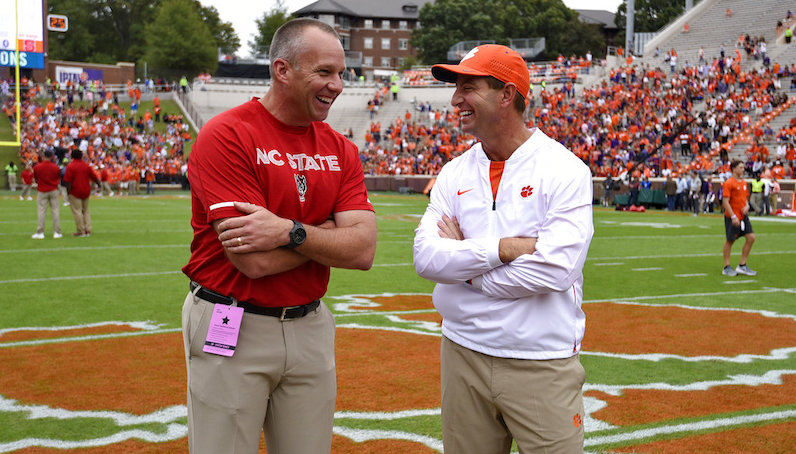 And then there were three. Sullivan Absher, one of the top offensive tackles in the 2023 recruiting, class has paired his list of a schools down to a trio: Clemson, NC State and Notre Dame.

I want to thank all of the universities that have taken their time and energy to recruit me. I am deeply humbled for all the offers I have received and the relationships that I have developed during this time. After much thought I have decided to narrow my focus on three schools. pic.twitter.com/4oZWlMdpTk

Currently, Absher is considered a lean for Clemson; however, he’s taken multiple visits to NC State — official and unofficial. There’s one notable exception with this list, too: North Carolina.

For a period of time, UNC seemed like a strong possibility to add Absher. That’s no longer the case, though.

The Tigers are coming off their weakest season in some time, but Clemson is still the program to beat in the ACC. It’ll be interesting, though, to see how Dabo Swinney continues to reinforce that paradigm with an altered coaching staff.

There’s a lot of momentum for Dave Doeren and the Wolfpack, too. Last week, NC State landed a commitment from tight end Javonte Vereen, another in-state 4-star 2023 prospect.