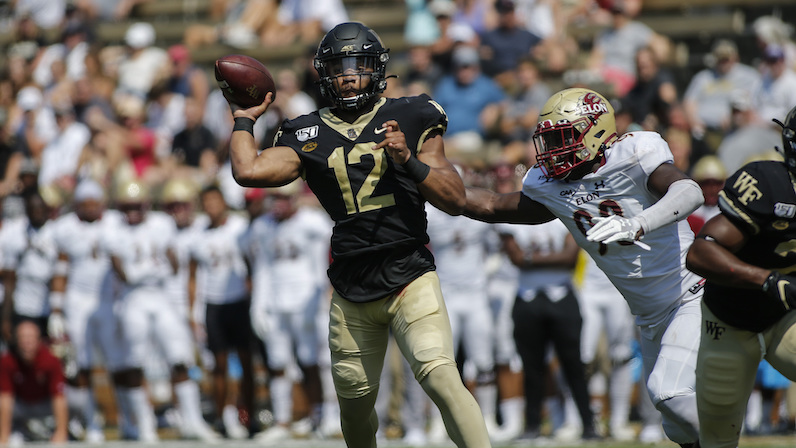 For the first time since the 2008 season, Wake Forest is ranked inside the top 25 of one of college football’s main polls. After the team’s blowout win over Elon, Wake Forest lands at No. 24 in the Coaches Poll. However, the Demon Deacons landed just on the outskirts of the AP Poll; Wake Forest received 73 votes, the most of any team outside of the top 25.

One has to think that if Wake Forest can defeat Boston College on the road next week, that the Deacons will land inside the AP’s poll, too.

Once again, though, Clemson remained at No. 1 in this week’s AP Poll — just ahead of Alabama and Georgia. Virginia, which dealt with a bit of a scare from ODU this weekend, jumped up to No. 18 in this week’s poll.

POLL ALERT: Wisconsin breaks into top 10 of AP Top 25 presented by @askRegions; Cal up to No. 15; Michigan, Utah, UCF fall; Clemson stays No. 1.

Outside of that, only one other ACC team — Pittsburgh, which upset Central Florida on Saturday — received votes.