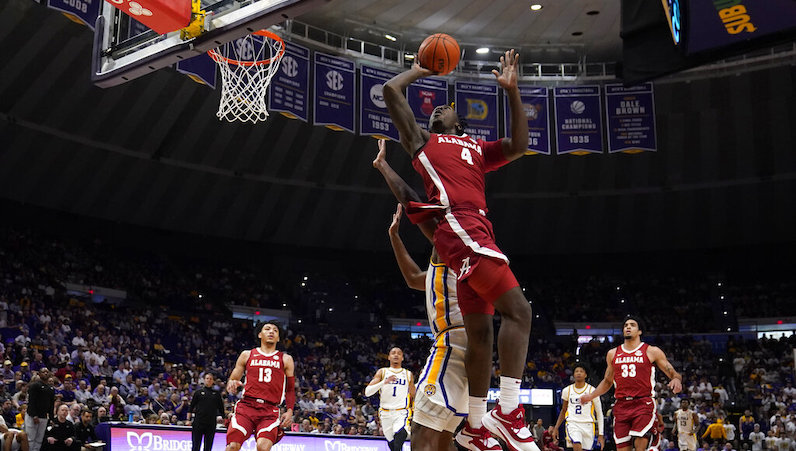 With a chunk of the roster projected to turnover, Steve Forbes and Wake Forest will once again look to the transfer portal. Mere hours after Alabama forward Juwan Gary entered the portal, Wake Forest contacted the 6-foot-6 wing forward.

Clemson, along with a few other program, also reached out to Gary, who hails from South Carolina. Brad Brownell and the Tigers could really use some added scoring punch.

Wake Forest, New Mexico, South Carolina, USF & Clemson are the schools to reach out to Alabama transfer Juwan Gary since entering the portal.

Gary, a 4-star prospect in the 2019 recruiting class, committed to Alabama over NC State, Clemson, South Carolina and Virginia Tech.

After a redshirt season (2019-20) following an ACL, Gary has been a notable rotation piece for Nate Oats. He appeared in 59 games over the last two season. Gary posts a career offensive rebound rate of 12.7 percent. He’s also connected on 61.3 percent on his career 2-point attempts.

Gary offers some lineup versatility. He’s a rangy wing that can switch around and defend a few different position types.

So far, Gary has struggled as a 3-point shooter; however, he’s at least shown some willingness to attempt (9-of-41 3PA this season) shots from beyond the arc. If Gary could pair a greater efficiency from deep, along with his interior finishing and defensive versatility, then he’d become a really solid rotation player, one that could fit with a variety of lineup combinations.