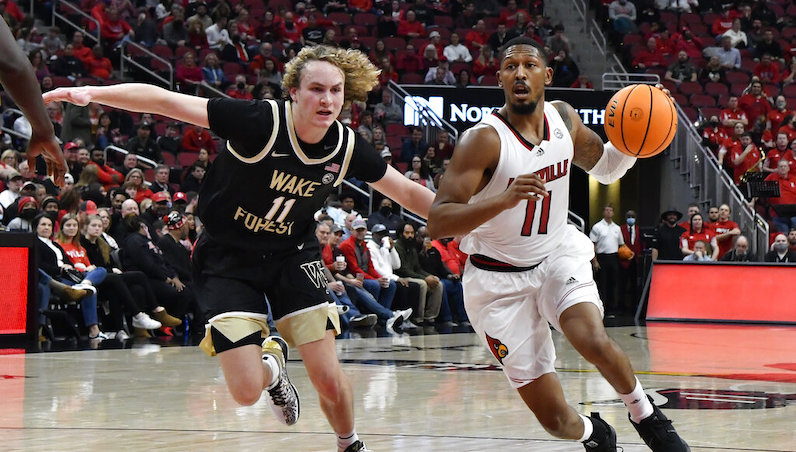 Whitt was initially set to join Wake Forest in 2021; however, the 4-star point guard opted out of his final season of prep basketball (due to the COVID-19 pandemic) and entered the program a year early. Whitt made his college debut Dec. 30, 2020 — playing 25 minutes in a win over Catawba.

Whitt, however, struggled with the speed and physicality of the college game his de facto rookie season. He posted a 35.7 percent turnover rate; his finishing never quite caught on (30.5 2P%), either. There were some reasons for progress, though. Ultimately, Whitt started 10 of 19 games he played in: 22.4 minutes per contest.

As the 2021-22 season approached, Whitt seemed poised for a larger role; however, the addition of Alondes Williams — and his rise as a unique offensive talent — altered the rotation quickly. This is one risk of adding talent via the portal: it can quickly recruit over other guys already in the program, which can lead to transfers and increase year-to-year roster turnover.

Whitt appeared in 31 of 35 games (3 starts). However, he averaged 11.9 minutes and 1.7 points per game. Even in games when Williams was hit with foul trouble, Forbes was more likely to slide Daivien Williamson back over to the 1 and insert Cameron Hildreth of Damari Monsanto off the bench.

Once again, he struggled with turnovers: 6.2 turnovers per 100 possessions. Whitt struggled with the speed and size of opposing defenders. The same was true on the other end of the floor, too, where Whitt had issues containing the basketball.

During his two seasons with Wake Forest, Whitt appeared in 50 games; he averaged 2.9 points and 1.9 assists per game.