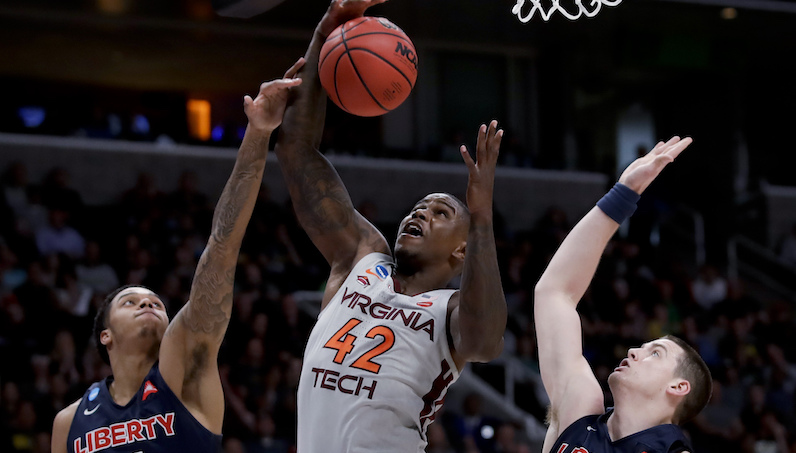 According to Norm Wood of the Daily Press, Virginia Tech senior sharpshooter Ty Outlaw has been charged with marijuana possession (a misdemeanor) in Montgomery County. The charge is from last Thursday — a day before the Hokies opened the NCAA Tournament in San Jose, California.

As Wood notes, Outlaw is scheduled to be arraigned on April 11. Virginia Tech is set to face Duke in the Sweet 16 this Friday in Washington D.C. There’s no word yet on his status for Friday. (Let’s hope that we don’t have to overreact to what is a mostly harmless offense.)

Blacksburg police executed a search warrant March 21 for Outlaw’s apartment, but an officer also came to the apartment on March 20 at 6:07 p.m. to address a drug violation, according to the warrant, which was obtained by the Roanoke Times.

During the March 20 visit, a police officer tried unsuccessfully to make contact with the occupants of the apartment, and detected a strong smell of burnt marijuana emanating from the apartment, according to the warrant.

The search of the apartment on March 21 netted one white pill, two yellow capsules, an electronic vape cartridge and green plant material, the warrant indicated.

One of the best 3-point shooters in the country (45.6 3P%), Outlaw is one of the best stories in college hoops this season. Two weeks ago, the ACC named him the winner of the 13th annual Bob Bradley Spirit and Courage Award. The veteran forward missed the entire 2017-18 season after tearing his ACL.

Outlaw’s floor spacing and movement shooting are critical to Tech’s half-court offense. He’s also one of the Hokies that would likely be tasked with spending some time guarding Zion Williamson. Virginia Tech is already thin up front; if Outlaw (18.4 percent defensive rebound rate) was unable to play because of this, it would be a major hit for the Hokies.

In the win over Liberty to advance to the Sweet 16, Outlaw scored 10 points (two 3-pointers) and grabbed 11 rebounds.