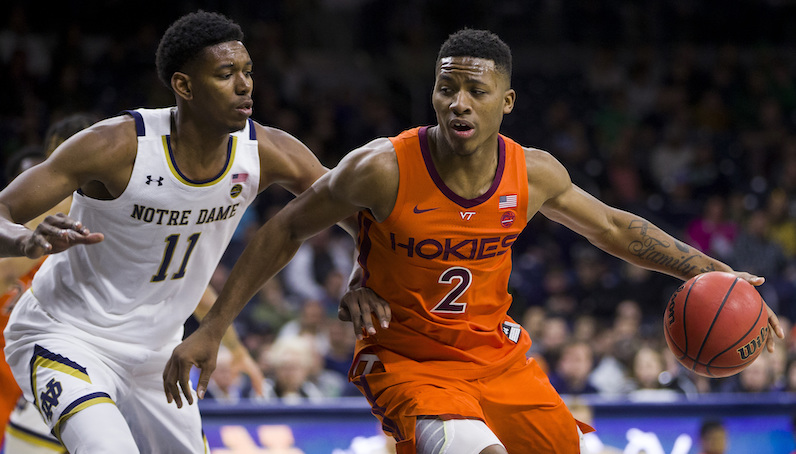 According to a tweet from Jeff Goodman, Virginia Tech forward Landers Nolley II has entered the NCAA transfer portal.

Named to the ACC All-Freshman team in 2020, Nolley led the Hokies in scoring (15.5 points per game); however, his efficiency continued to lag as the season went along. Nolley ranked No. 20 nationally with a 32.8 percent usage rate; he finished his freshman campaign with an offensive rating of 89.8, per KenPom.

Source told me he wants to find a spot where he can play on the wing.

This marks the second year in a row that Nolley has entered the transfer portal. Nolley, a former top-100 prospect in the 2018 class, entered the NCAA transfer portal in 2019 after Buzz Williams left for Texas A&M. Nolley decided to remain at Virginia Tech, though, which was a significant boon for Mike Young. That combination will prove to be short lived.

(Nolley didn’t play during the 2018-19 season; he was held out due to the NCAA clearing his reported ACT score.)

Mike Young runs a clever offense — with an emphasis on floor spacing and off-ball activity. However, a lot fell on Nolley to generate offense; he assisted on nearly 19 percent of his teammates’ field goals while on the floor.

He was also tasked with guarding opposing power forwards as a play-making 4 for the Hokies — one of the shortest teams in Division I (No. 344 in average height). This, according to Goodman, was a bit of a sticking point. Nolley wants more playing time on the wing.

VT operates around Nolley as an offensive hub