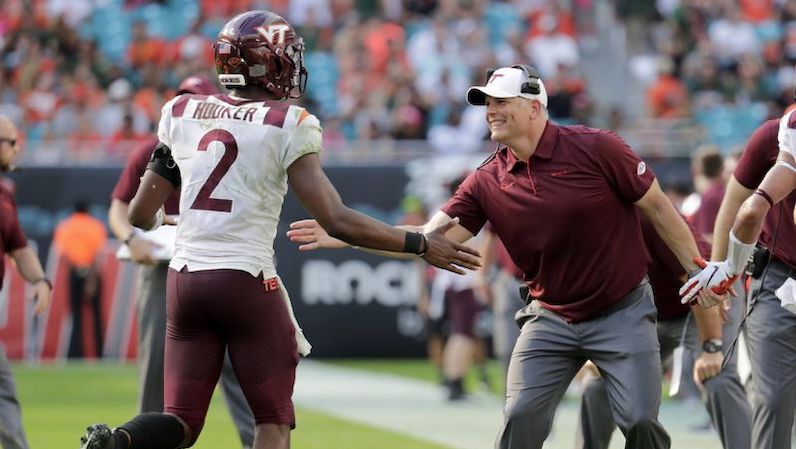 After completing 61 percent of his passes in 2019, Virginia Tech named Hendon Hooker the starter for Week 1 in 2020 (AP Photo)

According to a report from Brett McMurphy of Stadium, the nation’s longest consecutive bowl streak will end in 2020. After 27 straight seasons with a bowl game, Virginia Tech football (5-6) will opt out of playing in a 2020 bowl game.

Virginia Tech is now the fifth ACC program to publicly decline playing in a bowl game this year. Boston College, Pittsburgh, Virginia and Georgia Tech (3-7) have also opted out.

The Hokies finished the season 33-15 win over the Virginia Cavaliers.

Justin Fuente will return to Virginia Tech in 2021