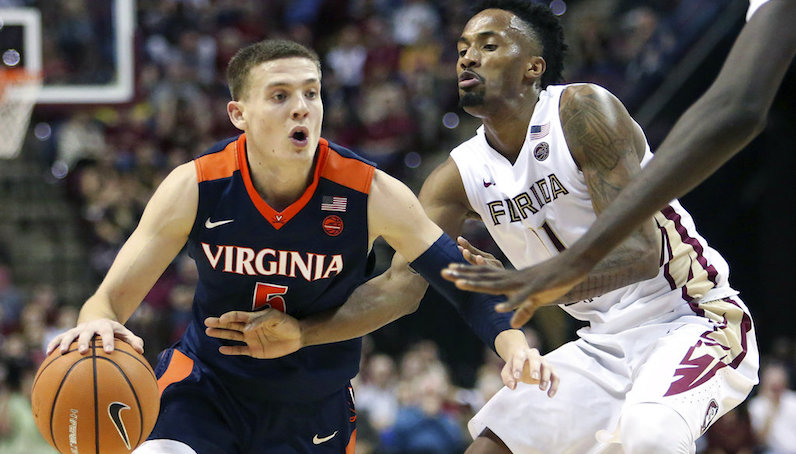 Given the actual product on the court has provided Wahoos around the world with extremely little to fret about, Virginia fans have been able to turn attention to their team’s coverage in the national media.

It just so happens the 23-1 Cavaliers, along with Villanova and Purdue, have separated themselves from the rest of Division I. But UVA and Purdue in particular aren’t national brands on the level of, say, Duke or Kentucky. So, outlets such as ESPN have spent quite a bit of time promoting stars such as Duke’s Marvin Bagley and Oklahoma’s Trae Young, former 5-star recruits who will be Top-10 NBA draft picks this summer.

Virginia fans by nature are sensitive to critics of its style, and lack of star power. A lot of them reading this would probably dig a SportsCenter feature with side-by-side videos comparing Kyle Guy and Reggie Miller moving off screens away from the ball. But it’s not as compelling for a casual fan in Albuquerque or Minneapolis, just starting to think about the upcoming NCAA Tournament.

Guy, a top-40 recruit who made the McDonald’s All-American Game as a high school senior, is the closest thing to an elite superstar signee Virginia has had under head coach Tony Bennett. That hasn’t stopped the Cavs from winning, as Bennett has done an amazing job recruiting to his system. But it feeds into the perception that UVA simply isn’t a place for top NBA prospects.

That’s not going to change immediately. Next season the Cavaliers add true freshmen Kihei Clark and Kody Stattman, extremely under-the-radar recruits, and redshirt freshman Francesco Badocchi. Nobody in that group is likely to become a national sensation like Young, though all could make an impact at UVA before they are done.

But winning is good publicity, especially for a team that could get to the Final Four, and it’s possible Bennett could parlay this success into higher-level recruits in the next few years.

The Cavs are involved with several Top-30 players in the Class of 2019, but their best shot to actually sign one is Armando Bacot, a 6-foot-9 post player from Richmond and the 247Sports.com No. 20 player in the class.

Where it gets interesting is the Class of 2020, in which 247’s No. 1 player in the class is also a Richmonder. Isaiah Todd, a 6-foot-10 power forward from John Marshall High School, is considering the likes of North Carolina, Kansas and Kentucky, but so far UVa is also firmly in the mix with plenty of time to make an impression.

Virginia basketball should be fine whether it signs Todd or not, but keeping the No. 1 player in the nation close to home — combined with continued NBA success for Malcolm Brogdon, Joe Harris and Mike Scott — could change the way future recruits view Bennett and the Hoos.

Considering what he’s done with a collection of 3 and 4-star prospects, if that happens then look out.

Where does Virginia Basketball rank in terms of the greatest defenses in ACC history?