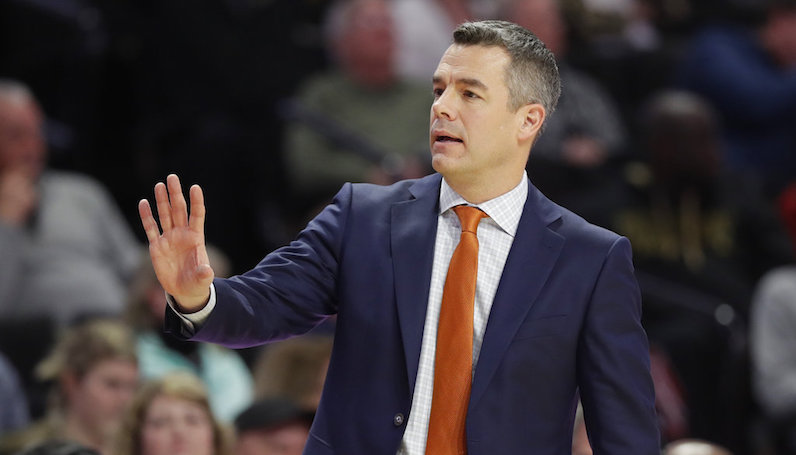 At this point — as Virginia has but one loss, is ranked No. 2 in the nation and is threatening to run away with the ACC regular season title — it might be nitpicking to dissect the Cavaliers flaws.

But if we’re going to talk about anything that could hold UVA back, it might be the striking inability to get to the free throw line. Sunday night at Wake Forest, the Cavs first trip to the foul line was well into the second half. But that was nothing, in November, Virginia went the entire game against Wisconsin without a free throw.

Cavaliers fans might be quick to point out a common denominator in those games: Referee Jamie Luckie.

Luckie, the only official to ever give Tony Bennett a technical foul, has a, shall we say, notable history with Virginia. But he’s also called only three UVA games this season while the Cavs have frequently drawn Roger Ayers and Mike Eades, frequently considered among the best refs in the sport.

No, it isn’t really a referee issue. Virginia has attempted 272 free throws, the fewest in the ACC and, like Sunday, a significant number of those have been from teams intentionally putting the Cavs on the line late in games.

That could easily be written off as a result of Virginia’s style producing fewer possessions, but the Cavs have a free throw attempt rate of just 26.4 percent, ranking 325th in the nation, per KenPom. So far this season, only 16 percent of Virginia’s point have come from the free throw line (No. 309 nationally).

There are reasons for this, and it starts with personnel. The Cavaliers often get next to no scoring in the post. Not only do Jack Salt and Mamadi Diakite take fewer shots than their peers, they get fewer touches in the lane than almost any big men who play similar minutes.

When Virginia needs points, it simply isn’t running a play to get one of those guys posted up with hopes of getting a bucket or a foul. Only six percent of Virginia’s possessions result in post-up plays, according to Synergy Sports.

But despite controlling the ball, the UVA guards generally don’t get to the line with frequency either. In Bennett’s motion offense, the majority of their screens are set away from the ball. Duke is only team in the ACC to set fewer on-ball screens.

That approach provides shooters such as Kyle Guy with a lot of open looks, but doesn’t draw contact the way pick-and-roll teams tend to.

Obviously it hasn’t held UVA back yet; however, at some point in the season there will likely be a game when the Cavs simply struggle from the field. It will be interesting to see if Bennett adjusts with more isolation and pick-and-roll plays for Devon Hall, who is not only the ACC’s best free throw shooter at 94 percent, he’s also Virginia’s best at drawing fouls with 57 attempts.