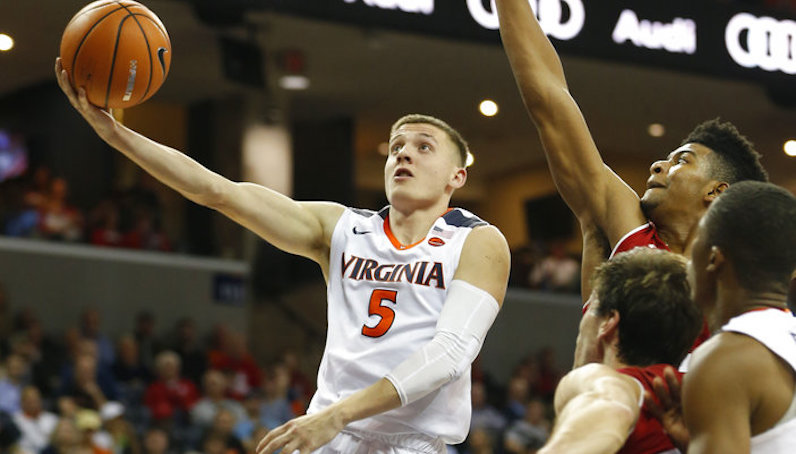 Virginia basketball improved to 7-0 on the season with a win in the ACC-Big Ten Challenge. The Cavaliers prevailed 49-37 over Wisconsin — UVA’s fourth win over a top-100 KenPom team. Kyle Guy went just 1-of-6 on three-pointers, but he led the way with 17 points. Devon Hall chipped in with 16 points, too.

What was notable about this game, though, was the absence of something. Virginia basketball attempted zero free throws. Yes, the Cavs scored all 49 points on 23 field goals — including three three-point field goals.

According to Sports Reference, this is just the 16th time since the 2010-11 season that a team has attempted zero free throws in a game. Those teams have a combined 3-13 record in these zero-free throw games. Virginia is the first team to accomplish this feat.

The Cavaliers rank No. 303 in free throw rate (27.5 percent), per KenPom. They should maybe try to get to the line more, though. UVA ranks sixth nationally in free throw percentage — 81.4 percent.

The evolution for Virginia’s Kyle Guy