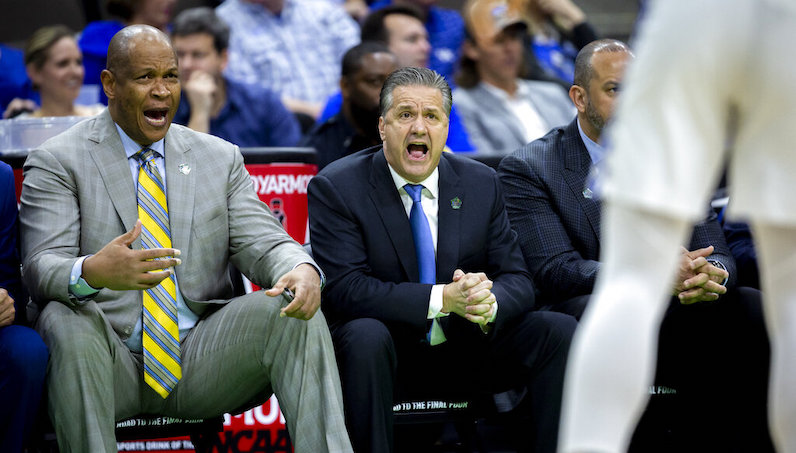 At this point, Louisville and Kenny Payne have essentially cleared all of the hurdles. Within the next two days, Payne will be hired as the next head coach of Louisville basketball.

After spending a decade on John Calipari’s staff at Kentucky, including six seasons as the Associate head coach, Payne, is in his second season as an assistant coach with the New York Knicks.

The University of Lousiville Athletic Assocation Board of Directors has called a meeting for Friday at 9 a.m.

Payne, 55, played for Denny Crum at Louisville (1985-89). During the 1985-86 national title season, Payne appeared in 34 games. Of course, that team would go on to defeat Duke to win the 1986 NCAA Championship Game. After his time at Louisville, Payne was drafted in the first round of the 1989 NBA Draft by Philadelphia; he went on to play four seasons for the Sixers.

He started his coaching career — prior to Kentucky — as a part of Ernie Kent’s staff at Oregon.

Ahead of the 2020-21 basketball season, Payne left the college ranks; he hired to join Tom Thibodeau’s staff with the Knicks.

From a basketball operations standpoint, the Knicks are run by Leon Rose, the team’s president, and senior vice president William Wesley — better known as “World Wide Wes.” Both Rose and Wesley are known for their connections to the Kentucky basketball program.

Other names entered the search, including long-shot options like Baylor’s Scott Drew. However, Payne seemed like the guy from the jump.

The addition of Payne will come almost four years to the day that Mack was hired by Louisville, away from Xavier: March 27, 2018.