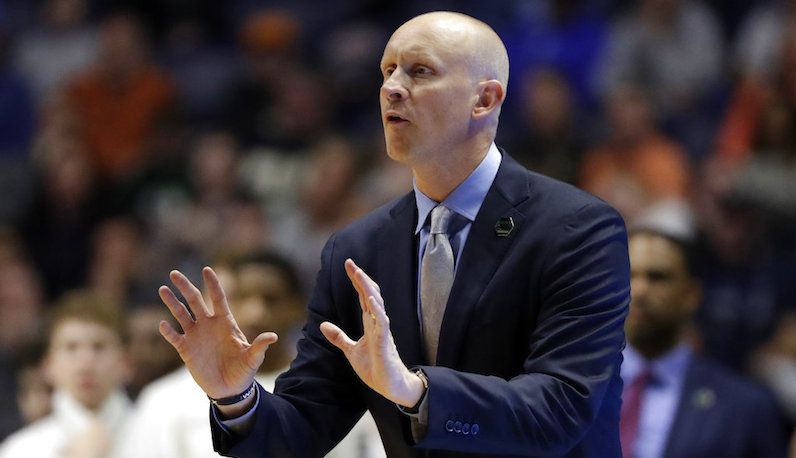 Chris Mack is meeting with his team now and is informing them of his decision to go to Louisville. Full story https://t.co/r3URHsXnVv pic.twitter.com/YobjeipcFB

After nine seasons leading the Musketeers, Mack moves to the ACC — where he was once an assistant coach. Between 2001-04, Mack was an assistant for the late Skip Prosser at Wake Forest. Mack returned to Xavier, where he played college basketball, in 2004 — joining Sean Miller’s staff. When Miller departed for Arizona, Mack replaced him atop Xavier’s pecking order.

Xavier was a wild success under Mack — winning 212 games, a win percentage of 68.8 percent. The Musketeers went to the NCAA Tournament in eight of Mack’s nine seasons; in 2017, for the first time since 2008, Xavier made it all the way to the Elite Eight, too.

This year’s Xavier squad entered the NCAA Tournament as a No. 1 seed — for the first time in program history. However, a second-half comeback from Florida State caused one of the major upsets from this year’s tournament.

In five of Mack’s nine seasons, Xavier finished inside the top 30 nationally in adjusted offensive efficiency, per KenPom. That includes the 2017-18 squad, led by Trevon Bluiett, that ranked eighth in Division I.

Mack, who also helped usher in Xavier’s move from the Atlantic 10 to the new Big East, will replace David Padgett. Louisville narrowly missed the NCAA Tournament under Padgett; the Cardinals won 22 games this season, and advanced to the quarterfinals of the NIT.