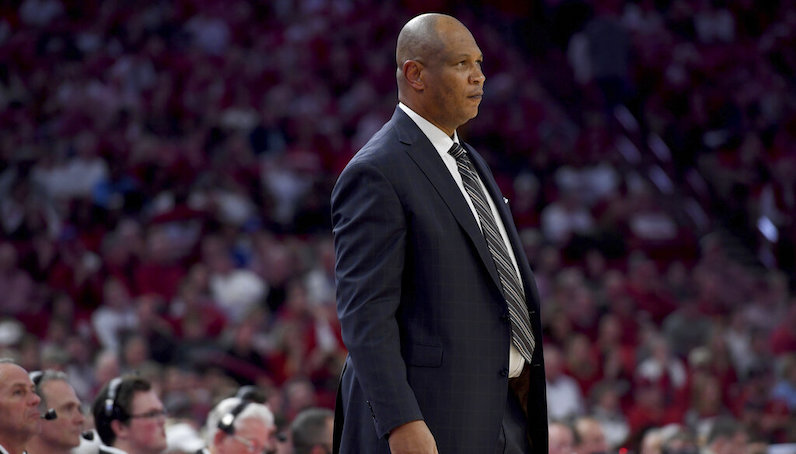 It’s simmered for weeks (if not months) now, but according to a report from Pat Forde of Sports Illustrated: Kenny Payne is the top candidate for the Louisville basketball job.

Currently, Payne is in his second season as an assistant coach for the New York Knicks.

As Forde notes, Payne could be hired by Thursday this week, although nothing is official yet. Things are trending in this direction, though.

Sources: Louisville's coaching search is narrowing in on Knicks assistant Kenny Payne. Nothing definitive yet, but if talks progress he could be announced this week. https://t.co/8L8gCghPKm

Prior to his coaching career, Payne played for Denny Crum at Louisville (1985-89). Payne appeared in 34 games for the 1985-86 team, which defeated Duke to win the 1986 NCAA Championship. After his time at Louisville, Payne was drafted in the first round of the 1989 NBA Draft by Philadelphia; he went on to play four seasons for the Sixers.

Nearly 20 years ago, Payne entered the college coaching ranks as an assistant for Ernie Kent at Oregon (2004-09). Starting in 2010, Payne joined John Calipari’s coaching staff at Kentucky. First, Payne served as an assistant coach (2010-14). After that stint, he was named Kentucky’s associate head coach (2014-20).

Ahead of the 2020-21 season, though, Payne was hired to join Tom Thibodeau’s coaching staff with the New York Knicks. The Knicks, in terms of basketball operations, are run by Leon Rose, the team’s president, and senior vice president William Wesley — better known as “World Wide Wes.” Both Rose and Wesley are known for their connection to the Kentucky basketball program.

Other names entered the search, including long-shot options like Baylor’s Scott Drew. However, Payne seemed like the guy from the jump.