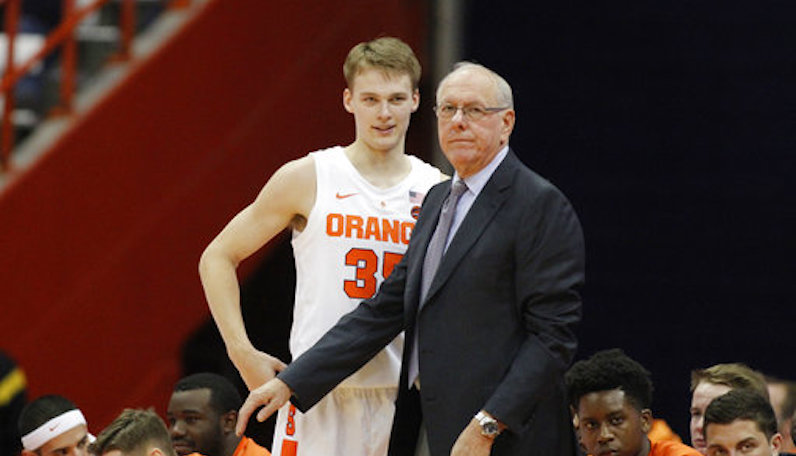 Just prior to tipping off with Niagara on Thursday, Syracuse basketball announced that one member of the team tested positive for COVID-19.

Behind 23 points and 13 rebounds from Quincy Guerrier, Syracuse defeated Niagara 75-45.

Statement regarding the @Cuse_MBB program and tonight's game vs. Niagara

After the game, Boeheim stipulated that the player who tested positive was a walk-on. According to Boeheim, Syracuse was still able to play the game — after the positive result — thanks to data collected from the team’s wearable tracing devices.

One of those players that was in close contact with the positive player was Buddy Boeheim, Jim’s son and one of the team’s top offensive weapons. Buddy Boeheim will be out for another seven days due to this contact tracing; he will miss the next two games against Rider and Rutgers.

Jim Boeheim said Buddy Boeheim will be out for another seven days due to contact tracing. That sidelines him for both the Rider and Rutgers games.

Boeheim said Buddy and four other players were standing next to the positive tester at a practice.

David Johnson takes the next step, evolves into projected first round draft pick