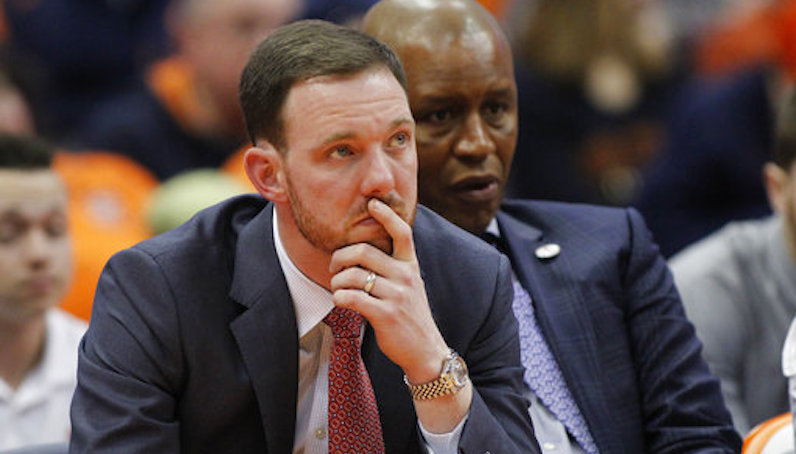 Less than two weeks after Syracuse landed 3-star center John Bol Ajak, the Orange have added another 2019 commitment. Syracuse made 3-star combo guard Joe Girard a priority and on Sunday that paid off. Girard committed to Syracuse over a bevy of other offers, including several ACC teams: Duke, Notre Dame and Boston College.

Girard is a star for Glenn Falls (HS) in eastern New York state — about three hours east along I-90 from Syracuse. During the 2017-18 season, Girard averaged an astounding 50 points per game; and in less than three seasons of action, Girard has also become the all-time career scoring leader for prep basketball in New York state — usurping Lance Stephenson.

Glenn Falls is also the former high school of BYU and Chinese Basketball legend Jimmer Fredette. The 6-foot-1 Girard is a two-sport star for the school, too; he’s also the starting quarterback on the football team.

247 Sports ranks him as the No. 180 player in the 2019 class, and the No. 27 combo guard. His recruitment was led by assistant coach Gerry McNamara.

The third member of Syracuse’s 2019 class is 4-star shooting guard Brycen Goodine. Currently, 247 Sports ranks this trio as the No. 24 recruiting class in the nation.

Duke, UNC and Miami visits on the horizon for 5-star Vernon Carey Jr.