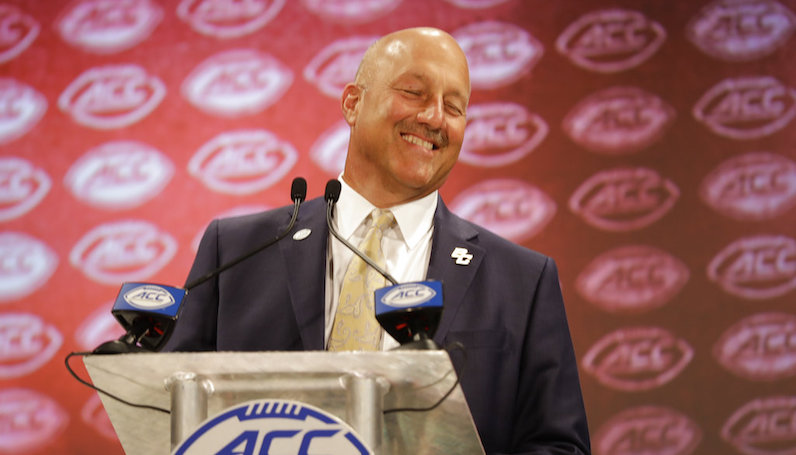 Boston College football coach, and known dude, Steve Addazio joins the David Glenn Show at ACC media days in Charlotte. Addazio, who enters his sixth season in Chestnut Hill, helped lead the Eagles to their second straight 7-6 season and another bowl appearance in 2017 — the fourth postseason game under Addazio.

DG and the BC head man discuss his return to the Northeast, his brand of football and the uniqueness of Boston College.

Click to listen to the full interview with Steve Addazio

Bobby Petrino: “I’ve always had the philosophy that you mold your offense around the quarterback”