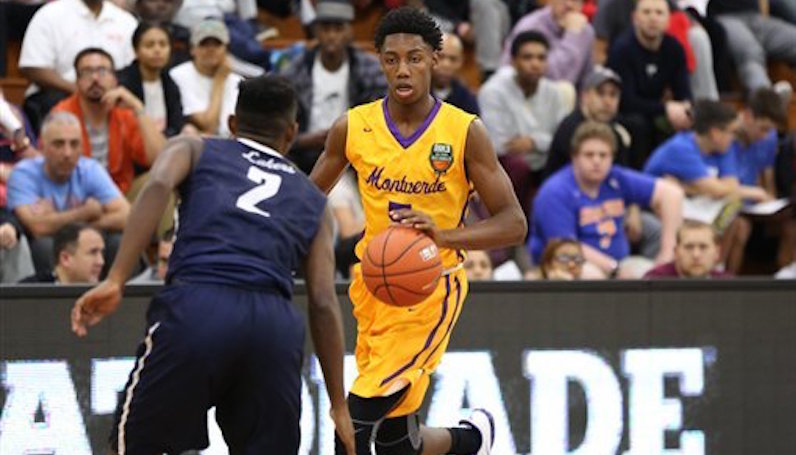 RJ Barrett is one of the top wings in the 2018 recruiting class. (AP Photo)

For the second straight year, Duke lands the No. 1 recruit in the nation. In 2017, that honor belonged to Marvin Bagley. Now it’s RJ Barrett, a 6-foot-6 wing who hails from Canada.

Barrett picked the Blue Devils over Kentucky and Oregon. Arizona was in the mix, too, before the program was caught in the web of the FBI.

RJ Barrett plays prep ball for Montverde Academy (FL); this summer, though, he led Team Canada to the U19 Championship, which included a win over Team USA. He took an official visit to Duke back in September.

Duke already has commitments from two other 5-star players: Tre Jones, the No. 1 point guard in the 2018 class, and small forward Cameron Reddish.

Inside The Playbook: Grayson Allen, Marvin Bagley will be a problem for opponents