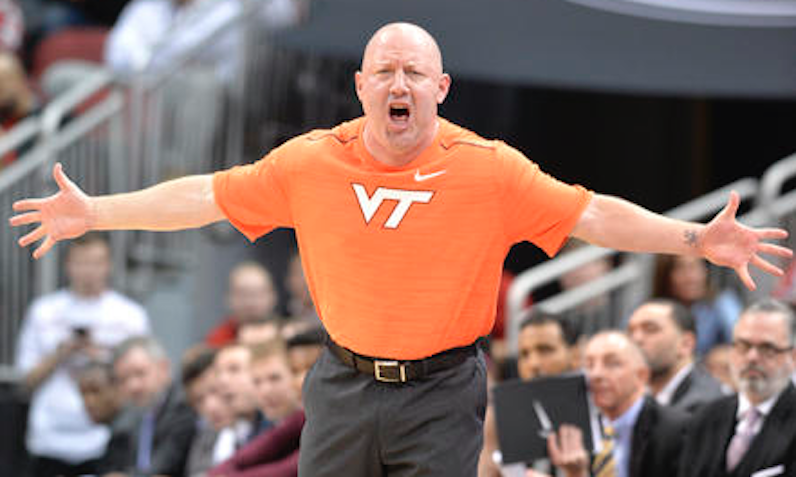 Buzz Williams is hoping to build on his 2019 recruiting class. (AP Photo)

Gordon, who visited Blacksburg last weekend, picked Virginia Tech over a handful of other offers, including one from Boston College. He’s rated as the No. 30 combo guard in the 2019 class, per 247 Sports.

Later in the week, the Hokies landed another 3-star commitment: 6-foot-7 forward Yavuz Gultekin, a native of Turkey.

In recent months, Gultekin played well with the Mid-Atlantic Select team in Elevate Hoops events this summer. He has plenty of international experience; currently, however, he plays his prep ball not too far from Tech’s campus: Bishop Walsh School in Maryland.

Gultekin — the No. 181 overall prospect in 2019, per 247 Sports — had offers from a variety of offers, including several Big Ten programs: Minnesota, Northwestern and Nebraska. Jamie Dixon and TCU were in the mix, too.

These two join what’s becoming a very solid class for Virginia Tech and Buzz Williams, who continue to build off back-to-back NCAA Tournament appearances and a fun brand of basketball. Earlier in October, 4-star shooting guard Anthony Harris, a top-65 prospect, committed to the Hokies as well.

Virginia Tech could have one more commitment on the near horizon, too: 3-star South Carolina forward CJ Felder looks like a VT-lean and is expected to announce soon.