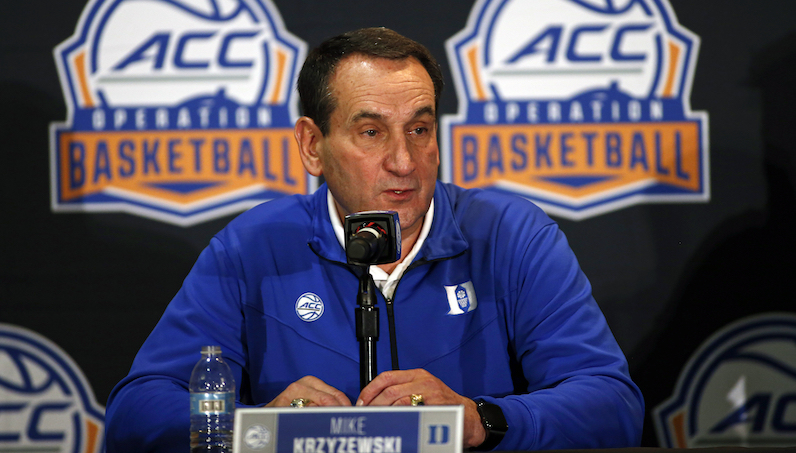 According to a report from college basketball insider Jon Rothstein, the ACC plans to propose a somewhat radical idea to ensure the 2021 NCAA Tournament take place. The league has entered discussions with Dan Gavitt, the NCAA’s senior vice president of basketball, on the subject: an NCAA Tournament that includes all 346 eligible Division I basketball teams.

Source: The ACC will propose that ever single team in Division 1 will make the 2021 NCAA Tournament.

The 2020 men’s and women’s NCAA Tournaments were canceled due to COVID-19.

Jeff Goodman of Stadium quickly followed to mention that Duke’s Mike Krzyzewski was a key figure in proposing this initiative.

Over the last few weeks, Krzyzewski has been vocal on the importance of ensuring that a 2021 NCAA Tournament take place.

This idea of EVERY team being included in the NCAA tournament this year is spearheaded by Duke’s Mike Krzyzewski, source told @Stadium.

The proposal would mean that every single team in the D-1 ranks would be included in the NCAA tournament. https://t.co/k5iiyRjJCD

Read More on ACC Basketball and the 2021 NCAA Tournament