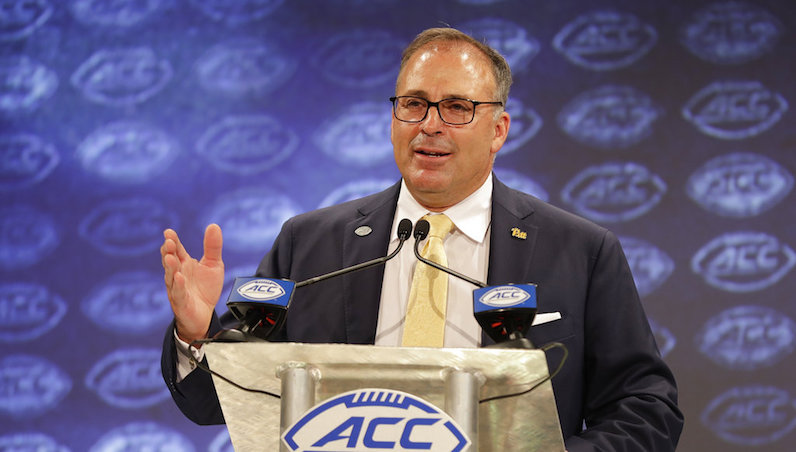 The Panthers did, however, manage to salvage some of the season: on the Friday after Thanksgiving, in Pitt’s final game of the season, Narduzzi’s club handed No. 2 Miami its first loss of the season.

At the 2018 ACC Kickoff — Narduzzi joined the David Glenn Show to talk offseason trips with family, coaching in an NFL city and the popularity of football in his region of the country.

Click to listen to the full interview with Pat Narduzzi

UVA’s Mendenhall: “I wanted them to know exactly where we stood”