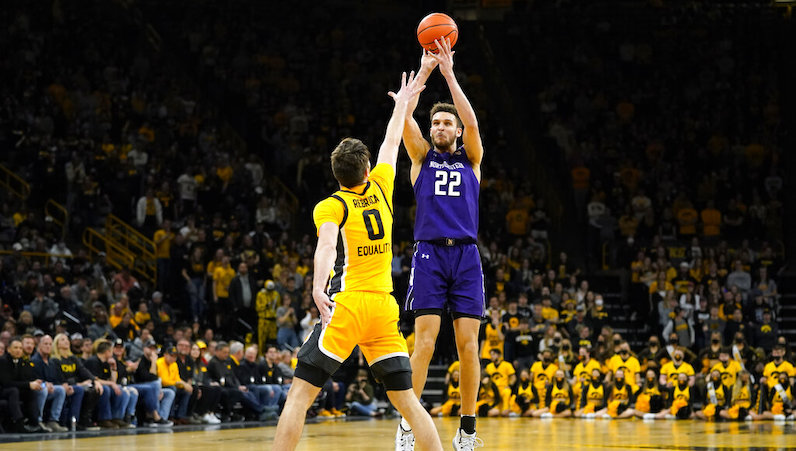 Pete Nance will visit North Carolina this week, according to a report from Sherrell McMillan at Inside Carolina. UNC basketball has made its interest in Nance obvious for weeks; however, those possibilities have intensified in recent weeks, once Nance withdrew from the NBA Draft.

Now, as Hubert Davis looks to fulfill his final scholarship for the 2022-23 season, Nance looms as a big-time addition. Nance would essentially take over the 4.5 spot in North Carolina’s rotation, the obvious replacement for sharpshooter Brady Manek.

Nance isn’t the same caliber of movement shooter as Manek, but that’s no slight. Manek is an A+ movement shooter for a 6-foot-10 power forward, plus Nance shot 45.7 percent from beyond the arc this season.

Moreover, Nance is an excellent passer who can help the flow of a half-court offense with his wing shooting, post-up scoring and work as a handoff artist.

Recently, UNC missed on another high-profile transfer: former Baylor forward Matthew Mayer, who also withdrew from the draft. Mayer would’ve been an excellent Manek replacement, too; however, he ended up at Illinois.

Compared to Mayer, Nance is less of a wing and more of a frontcourt connector. With his shooting and passing, though, Nance would easily slot next to Armando Bacot as UNC’s de facto playmaking-4. When Bacot sits and North Carolina gets to some of its hybrid starters/bench lineups, then Nance could shift over and handle minutes at the 5.

Plus, Nance is one of the top handoff players in college basketball. He can use those actions to create open shots for his teammates, while also looking to slip, dive or pop into open pockets of space. This should pair nicely with guards RJ Davis, Caleb Love and Seth Trimble.

In general, the hypothetical starting lineup of Davis-Love-Leaky Black-Nance and Bacot would be one of the best in the country. Black and Nance would give UNC something that very few college teams can boast: two tall frontcourt passers, which could help unlock new, exciting avenues for half-court offense.

Scouting Report: Deep dive on what Nance would add to UNC’s offense