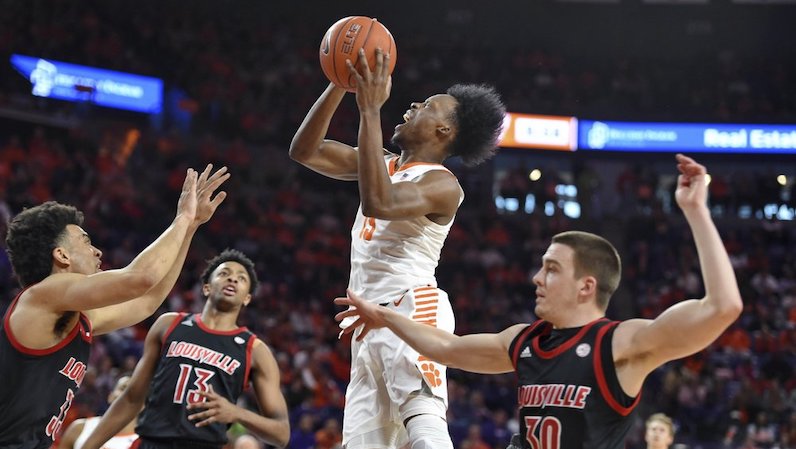 One of the top international newcomers to the ACC this season — Olivier-Maxence Prosper — will transfer out of Clemson. Prosper has added his name to the NCAA transfer portal; he joins John Newman III as the second Clemson player to make this decision within the last week.

A rangy 6-foot-8 power forward, Prosper was a top-100 prospect in the 2020 recruiting class. He played sparingly as a freshman, though. Prosper saw action in 22 games (two starts): 9.7 minutes, 2.5 points and 1.9 rebounds. Several power programs have already expressed interest in the native of Montreal.

The 6’8 F has already received interest from Creighton & Stanford. Expect more to follow in the near future. pic.twitter.com/APuSpiwDAz

Newman spent three years in the program. The 2019-20 season was his most impactful year; Newman started 31 games and averaged 9.5 points (52.4 2P%), 3.9 rebounds and 2.2 assists per game. However, Newman was on the fringes of the rotation as a junior.

The native of Greensboro, N.C. committed to the Tigers as a member of Clemson’s 2018 recruiting class. A 3-star prospect, he picked Clemson over offers from ACC programs Georgia Tech and Boston College.

Duke’s Jaemyn Brakefield will transfer out after freshman season