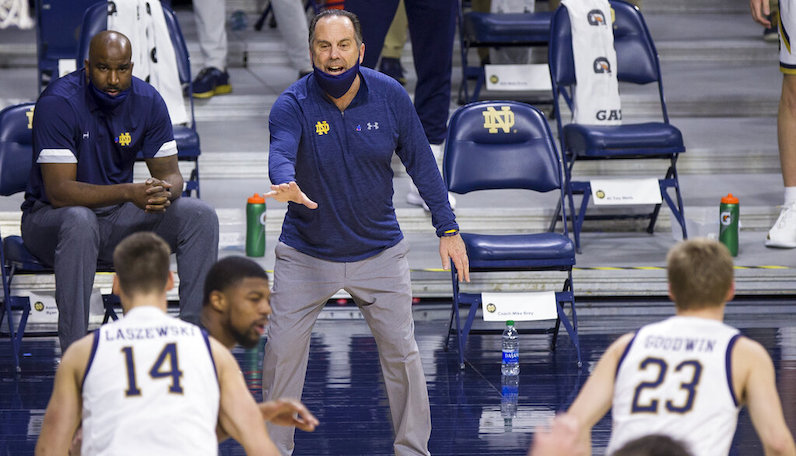 After two decades of seamless success in South Bend — buoyed by an ever-efficient offense — Mike Brey and the Irish have struggled in recent years. Notre Dame hasn’t gone to the NCAA tournament since 2017. Injuries to Bonzie Colson and Matt Farrell short-circuited what should’ve been a special 2017-18 season. The rebuilding process started with a deep 2018 recruiting class; however, after taking some lumps in the 2018-19 season, the Irish mostly tread water the ensuing two seasons.

Now, Notre Dame is armed with a deep, talented (offensively-mind) team this season. The program also landed its best recruit in nearly a decade; Starling, a 4-star combo guard, is Notre Dame’s highest-ranked commitment since Demetrius Jackson in 2013.

Both 247 Sports and ESPN grade Starling as a top-30 prospect in the 2022 class. He joins 4-star center Dom Campbell as the two commits in Notre Dame’s class.

Starling is a native of Baldwinsville, New York; however, he plays his prep basketball for La Lumiere School in Indiana — located about 30 minutes from Notre Dame’s campus.

That big 2018 class could be playing its final season of basketball together, although with the extra year of eligibility due to the COVID-19 pandemic some (or all) could return for the 2022-23 season.