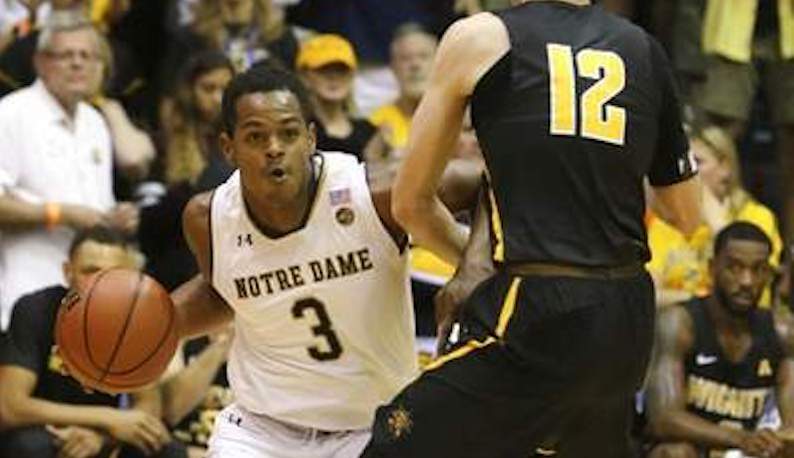 Sophomore forward DJ Harvey will miss Notre Dame’s exhibition trip to the Bahamas this August. The 6-foot-6 Harvey has a knee injury; according to Jon Rothstein, though, he’s expected to return in October.

Notre Dame's DJ Harvey (knee) will not play on team's foreign tour in August, per Mike Brey. Expected to return to 5-on-5 on October 1st.

Notre Dame will play a series of exhibition games from Aug. 8-11:

In 2017-18, he played in only 19 games; a bone bruise in his left knee, suffered in mid-January, cut his season short. The injury lingered throughout the season, and cost Harvey more time that initially anticipated.

Notre Dame moves on from program stalwarts Bonzie Colson and Matt Farrell this season, which comes a year after departures from VJ Beachem and Steve Vasturia.

Mike Brey’s program is going through some serious turnover. The Irish added a top-15 recruiting class in 2018, but Harvey is the most highly regarded prospect on the roster — a multi-positional force that projects as a versatile scorer. Along with Temple Gibbs, Rex Pflueger and John Mooney, Harvey was expected to be a primary cog in Notre Dame’s motion attack.