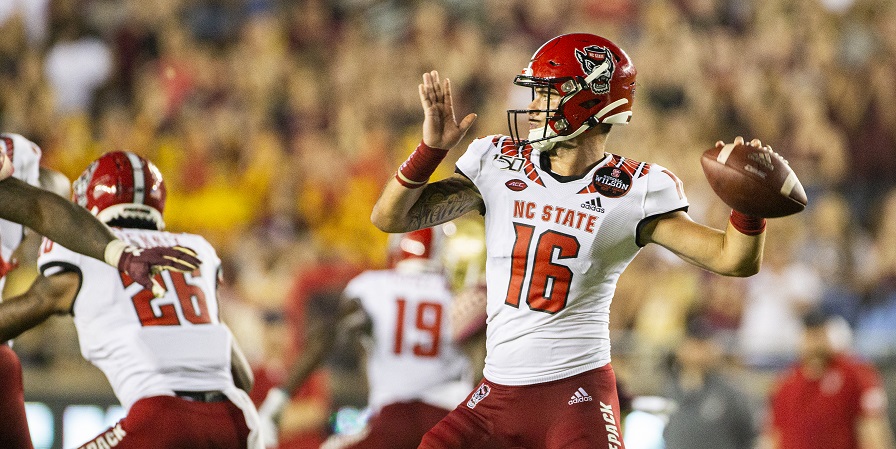 Veteran quarterback Bailey Hockman is moving on from NC State. On Wednesday morning, Hockman announced on Twitter his decision to enter the NCAA transfer portal.

During his two seasons on the field with the Wolfpack, Hockman threw for 2,634 yards and 14 touchdowns, while completing 62 percent of his pass attempts. Hockman also tossed 15 interceptions, including 11 during the 2020 season.

After starting his career at Florida State in 2017, Hockman left FSU and spent the 2018 season at Hutchinson Community College. Hockman committed to NC State in Sept. 2018; he later enrolled in Jan. 2019.

In the middle of the 2019 season, Hockman made his first career start — a Thursday night win over Syracuse.

Hockman appeared in 10 games during the 2020 season, including multiple starts. When Devin Leary went down with a leg injury in October, Hockman became QB1 in Raleigh, again.

While unspectacular at times, Hockman was mostly solid as the replacement quarterback this season — as the Wolfpack won eight games. He threw for a career-high 313 yards and four touchdowns during a road win at Syracuse. However, in the team’s bowl game, Hockman launched three interceptions as NC State fell to Kentucky.

With Leary set to return, along with Ben Finley, and the arrival of 4-star 2021 signee Aaron McLaughlin, NC State’s quarterback room is still deep.

Dave Doeren on the challenges of recruiting during a pandemic