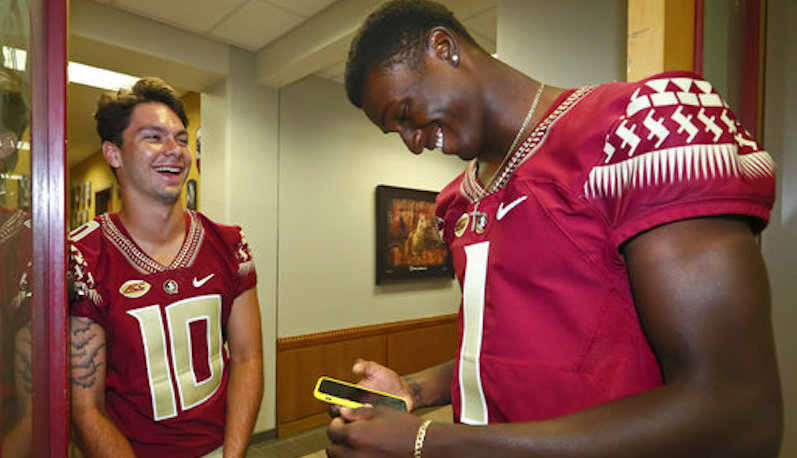 Hockman, a former 4-star quarterback from Georgia in the 2017 class, ran the scout team offense at Florida State during his freshman season in 2017 — backing up James Blackman and the injured Deondre Francois. After falling out of the quarterback race for the 2018 season, Hockman announced his decision to transfer out of FSU — less than a month ago.

Back in 2015, Hockman actually committed to Georgia; however, he pulled that back after Mark Richt was fired. He picked Florida State over a host of other offers, including Miami, Alabama, Michigan and Auburn.

During Doeren’s time at NC State, the vast majority of QB snaps have been taken by transfer players. In 2013, that was Pete Thomas and Brandon Mitchell. For 2014 and 2015, that was Jacoby Brissett. Since then, it’s been Ryan Finley’s show. Those are all transfer players, including two from Power Five programs: Mitchell and Brissett. Add Hockman to that list now, too.

Connect The Slots: NC State shows off another weapon with Thayer Thomas