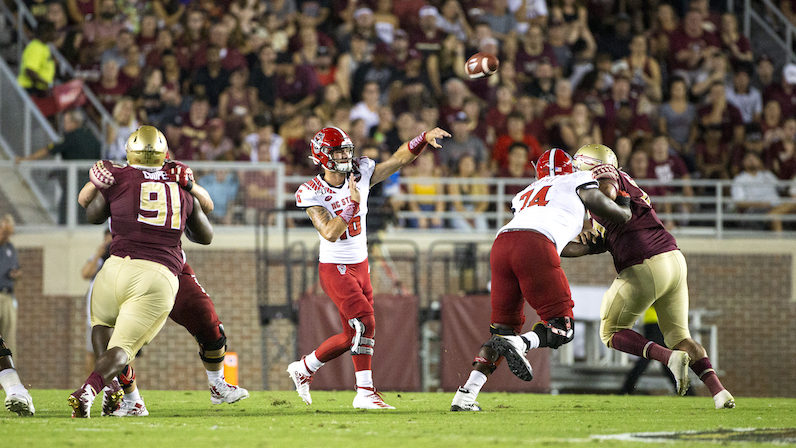 Andre Roye, a 3-star offensive tackle in the 2022 recruiting class, announced his top six programs. Two ACC programs are included on that list: NC State and Boston College. For whatever it’s worth, BC and NC State are routinely two of the ACC’s top programs for offensive linemen.

Along with the Wolfpack and Eagles, Roye is also high on Penn State, Rutgers, Arizona State and Maryland. During the first three weeks of June, Roye visited all four of those programs.