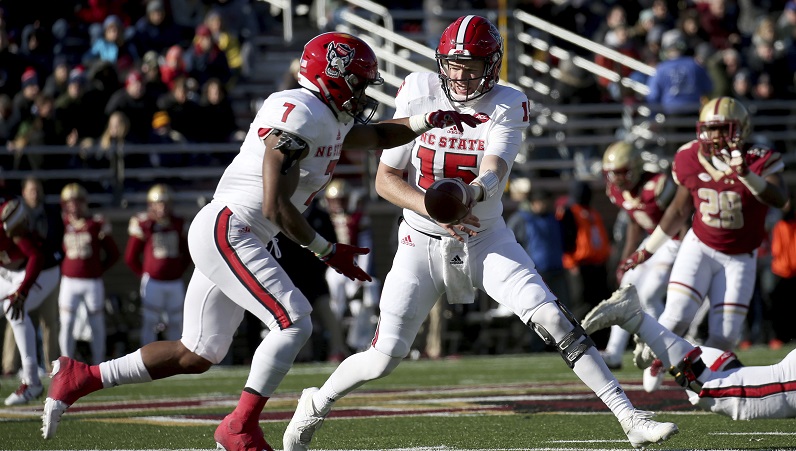 North Carolina State quarterback Ryan Finley (15) hands the ball off to running back Nyheim Hines (7) during the first half of an NCAA college football game against Boston College, Saturday, Nov. 11, 2017, in Boston. (AP Photo/Mary Schwalm)

Michael Allen is a huge commitment for NC State. The 4-star prospect is going to add elite speed at the RB position; posted a laser 4.48 40-yard dash back in November.

According to 247 Sports, Allen is the No. 169 prospect overall in the 2022 class, 16th-ranked running back in the nation and No. 6 player in North Carolina.

NC State now has seven commits in the 2022 recruiting class; five of those prospects hail from North Carolina, too. 247 Sports ranks NC State’s class No. 21 in the FBS.