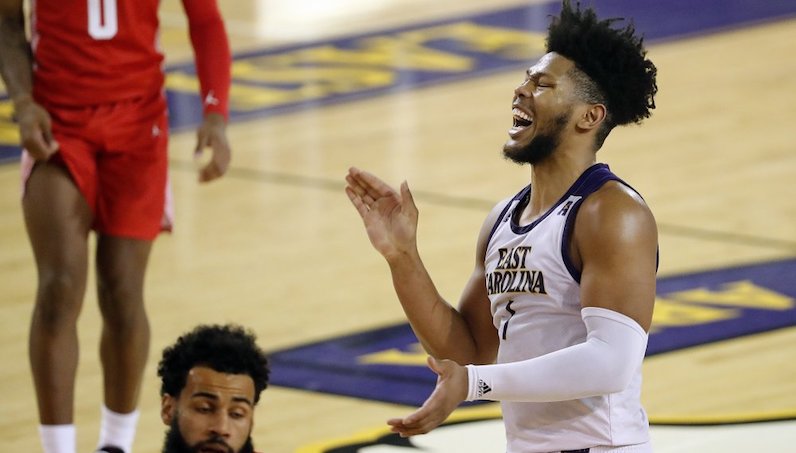 Gardner spoke with both NC State and Virginia over Zoom; he also has calls scheduled for later this week with Notre Dame, Pitt and Miami.

Of course, several programs outside the ACC — like Tennessee and Ole Miss — are also after Gardner.

Gardner has had Zoom calls with Virginia and NC State over the past two days … All schools have offered pic.twitter.com/6y9rYrQlcd

At 6-foot-7, Gardner is a rebounding machine. As a junior, he posted a defensive rebound rate of 21.5 percent, one of the top numbers in the country. According to Synergy Sports, Gardner shot 63.2 percent on put-back field goal attempts after an offensive rebound.

Gardner is also a magnet for contact. For his career at ECU, he averaged 8.6 free throw attempts per 40 minutes. During the 2020-21 season, Gardner drew 6.0 fouls per 40 minutes, according to KenPom, a top 50 number nationally.

A product of Wake Forest, NC, Gardner is a solid source of low-post offense. In each of the last two seasons, he’s scored better than 1.01 points per post-up possession, according to Synergy. Gardner shot a combined 52.4 percent on post-up attempts over his final two seasons with the Pirates.