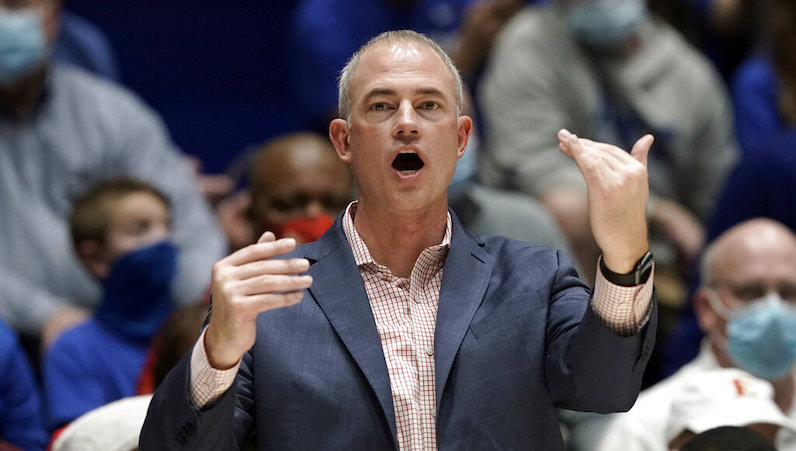 Mike Schrage, following three seasons as head men’s basketball coach at Elon, will step down from his post. Instead, Schrage is now expected to join Jon Scheyer’s staff at Duke as the program gets set to transition beyond the legendary Mike Krzyzewski.

Previously, Schrage, 45, was the director of basketball operations for several years at Duke (2002-08).

Elon head coach Mike Schrage has resigned from his position. One of the worst-kept secrets in college basketball recently was Schrage leaving Elon and likely joining Jon Scheyer’s staff at Duke. Would imagine that official announcement should come soon. https://t.co/c7cmvhG6Ql

Scheyer will still need to fill one more assistant slot, which will likely go to Amile Jefferson, another former Duke player (2012-17), who served as the program’s director of player development this season.

Elon coach Mike Schrage announces he is stepping down, with the expectation that he will join Jon Scheyer's first staff at Duke.

Scheyer still needs to hire one more assistant. Amile Jefferson, Duke director of player development, is a strong candidate for a promotion. https://t.co/f7PKBVX5RA

During his three seasons with Elon, the Phoenix went 33-52 (.388). Prior to his time at Elon, Schrage was an assistant coach under Johnny Dawkins at Stanford (2008-16) and an assistant coach with Chris Holtmann at Butler (2016-19). Holtmann is now the head coach at Ohio State.

How high will Duke center Mark Williams climb in the 2022 NBA Draft?