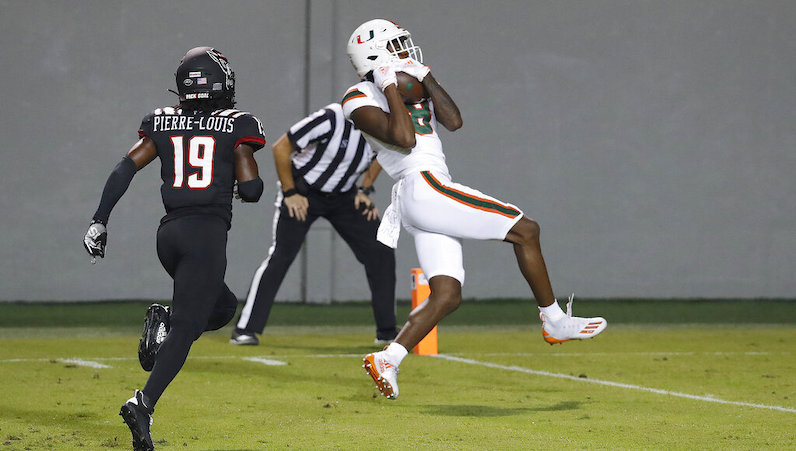 Player and roster turnover will come with a coaching change at Miami. One of the first players to leave will be veteran wide receiver Dee Wiggins, who has committed to Louisville.

The 6-foot-3 Wiggins is a tall pass-catcher; he helps fill in some of the gaps on the perimeter for Louisville.

Fills a need in the WR room. https://t.co/FUGJdCtBGN

During the 2021 season, Wiggins was used infrequently; he caught just four passes for 25 yards. However, during his four seasons at Miami, Wiggins hauled in 62 passes for 791 yards and seven touchdowns. His best season came in 2020: 31 receptions for 358 yards and three touchdowns.

With Malik Cunningham’s decision to return for the 2022 season, Louisville has looked to add veteran pieces around the talented quarterback. Along with Wiggins, Louisville landed a commitment from Tennessee transfer running back Tiyon Evans.