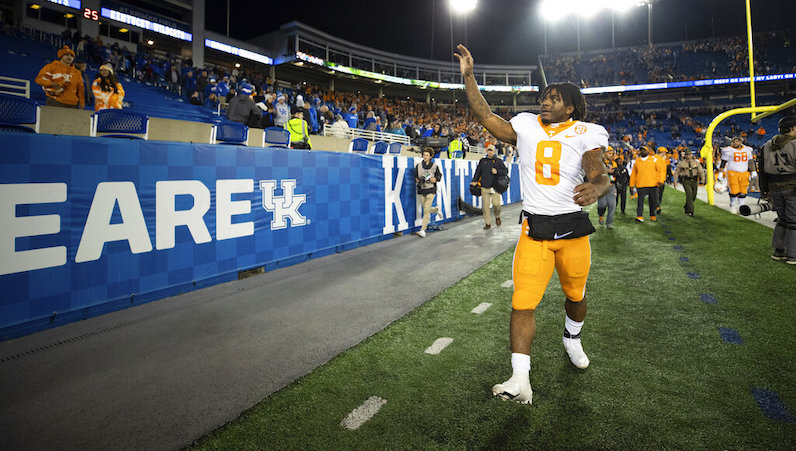 When Malik Cunningham returns to the field for Louisville in 2022, the star quarterback will be flanked by a new, talented running back. Scott Satterfield and Louisville added a commitment from Tennessee transfer back Tiyon Evans.

Evans, who was the No. 1 JUCO prospect in the 2021 class, led Tenneessee in rushing this season — before suffering an injury. During his one year in Knoxville, Evans ran for 521 yards (6.4 per carry) and six touchdowns. Evans caught one touchdown pass, too.

BREAKING: Running back Tiyon Evans, who led Tennessee in rushing before he was injured this season, has committed to Louisville. He was the No. 1 ranked JUCO transfer in '21

Cunningham led the Cards this season with 968 rushing yards, officially, and 19 touchdowns, the most in the ACC.