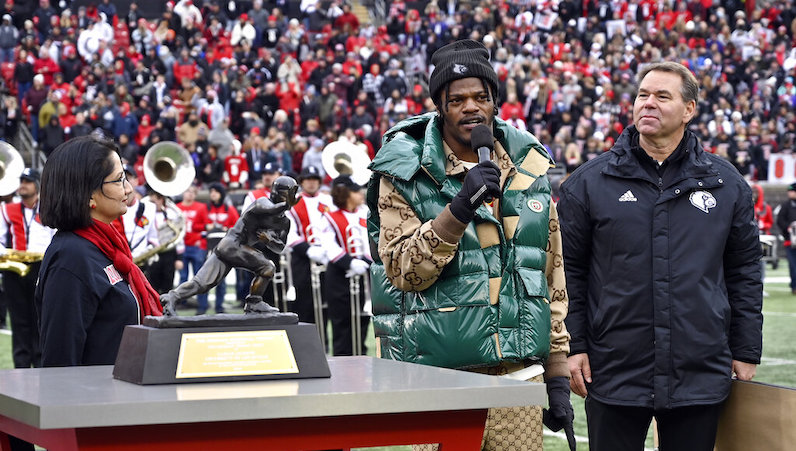 Back in March of 2018, Vince Tyra took over as the athletic director at Louisville, replacing Tom Jurich. Now, less than four full years later, Tyra could be on the way out. However, things are in a bit of a holding pattern.

Over the weekend, ESPN reported that Tyra was likely to become the next athletic director at Florida State. This news came just days after Tyra emerged as a candidate for the position — per Pete Thamel of Yahoo Sports — and days after Tyra had seemingly decided to bring football coach Scott Satterfield back for the 2022 season.

Sources: Louisville AD Vince Tyra has emerged as a candidate for the Florida State atheltic director job. His name is a surprise one among the field competing for the job.

In theory, Tyra would leave Louisville and replace the retiring David Coburn. According to ESPN’s source, “Barring any unforeseen circumstances, he is expected to accept,” referring to Tyra.

Well, some unforeseen circumstances have emerged. During the day today, word on Tyra flipped; initially Tyra was trending toward remaining at Louisville. That changed later in the day, though, apparently.

Snapshot of a crazy afternoon:

15 minutes ago source always on the money told me he thought Vince Tyra was staying at Louisville.

The story is just getting going, though. As is always the case with Louisville athletics, there’s always more.

Later on Monday night, Louisville held a Board of Trustees meeting to discuss personnel matters. This is where things get interesting. Tyra’s contract includes a non-compete clause regarding other ACC programs. Essentially, this means that for Tyra to be able to accept the FSU job, Louisville’s Board of Trustees would have to waive the clause.

So far, that hasn’t happened. Pat Forde of Sports Illustrated reported that no action was taken after the meeting.

Louisville AD update: Board of Trustees took no action, which means Vince Tyra and Florida State remain in limbo. An FSU offer was extended to Tyra, per sources. His ability to escape his U of L contract is a complication, per other sources. Not sure where and how this ends.

For now, things are wait and see.

Tyra is responsible for hiring both Satterfield and men’s basketball coach Chris Mack.

After a disappointing 2021 season, uneasy times ahead for Clemson football