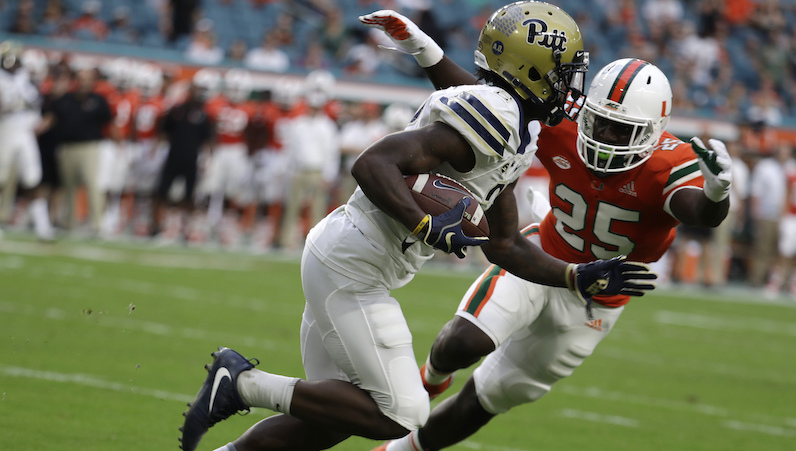 For the second time this week, the Miami Hurricanes have lost a defensive back to the transfer portal. Almost a week before Miami was set to play Florida in Orlando, Nigel Bethel, a former 3-star recruit, announced his decision to enter the transfer portal.

A redshirt freshman, Bethel played in one game during the 2018 season — the blowout win over Savannah State. Bethel, who hails from Miami, was also recruited out of high school by Georgia, Florida, UCF and Louisville.

While Bethel could’ve factored into Miami’s cornerback depth this season, the Hurricanes still have plenty of skill in their two-deep, including star DB Trajan Bandy.

Earlier the week, Derrick Smith — a reserve safety — also announced his decision to enter the transfer portal. Smith reportedly had a good run in preseason play thus far; he could’ve challenged for a starting spot, too. During his two seasons at Miami, the 6-foot-2 Smith played in 25 games; he recorded 11 tackles in the 2018 season.

Miami’s defense is already dealing with another notable setback, too: defensive tackle Nesta Silvera is out with a foot injury.

Thomas, Jordan lead the perimeter charge for the Hurricanes on offense