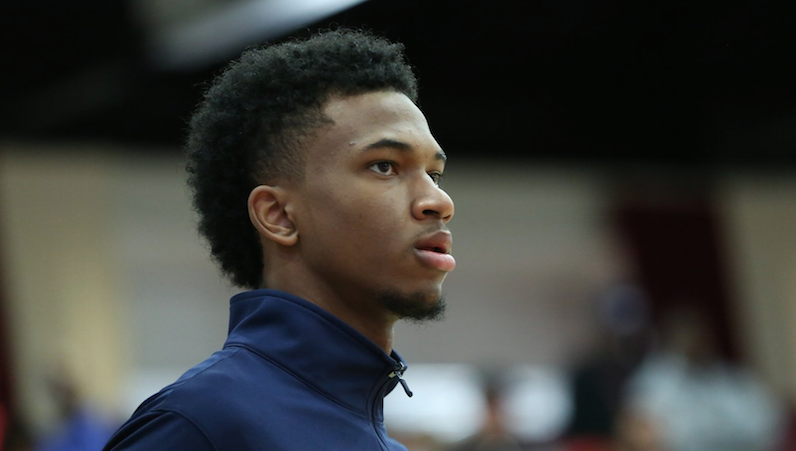 Marvin Bagley III is seen before a game against Montverde Academy in the Hoophall Classic at Springfield College on Monday, January 18, 2016 in Springfield, MA. Bagley did not play in the game. (AP Photo)

Simply put: yes. According to reports, Marvin Bagley III — the No. 1 recruit in the 2018 class — is considering reclassifying into the 2017 class. This means that Bagley could play college basketball next season.

That, of course, would be huge news for Duke basketball.

Ricky O’Donnell of SB Nation is incredibly bullish on Bagley, which is no real surprise. O’Donnell also mentions that this news could deeply impact the 2018 NBA Draft. Bagley could — potentially — go No. 1 overall in that event.

I've been covering recruiting since 2013. Marvin Bagley III is the best high school player I have seen at that level. Brilliant talent.

Marvin Bagley will be in Durham soon

As we reported last month, Bagley plans to visit Durham this summer. In fact, he will be on Duke’s campus next week: July 21-23.

Bagley wouldn’t be the first player to do something like this; Andrew Wiggins and Karl-Anthony Towns are two other high-profile examples.

Duke has landed reclassified players in the recent past, too: Derryck Thorton and Andre Dawkins.

Keep it here for all of the updates that you need on Marvin Bagley and his recruitment to Duke.