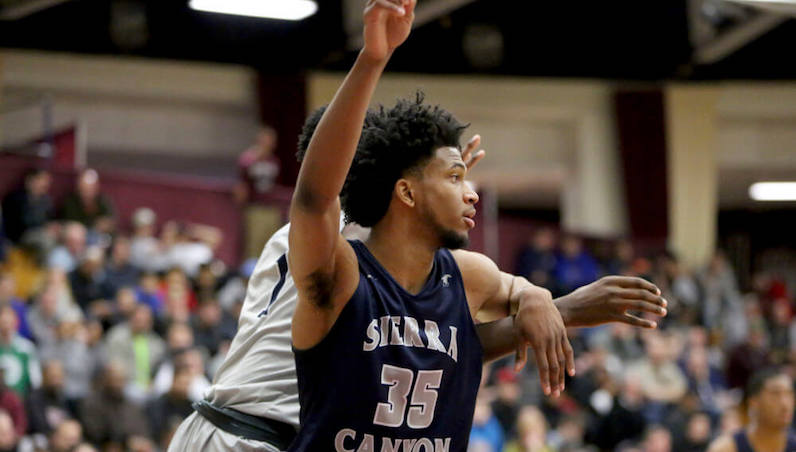 After months, if not years, of deliberation, Marvin Bagley made his college decision Monday night on ESPN’s SportsCenter. The No. 1 prospect in America will play next season for Duke. He will reclassify and now enter the 2017 class at Duke.

Marvin Bagley visited the school’s campus less than a month ago — in late July. He has family tries to area, close to Durham. Less than two weeks ago, Bagley cancelled is visit to Arizona; this moved seemed to make the race for the 6-foot-11 forward a three-team affair: Duke, USC and UCLA.

Ultimately, though, he decided on Mike Krzyzewski and the Blue Devils.

Duke is also targeting several other brilliant 2018 prospects: Darius Garland, Cameron Reddish, Zion Williamson and the recently-reclassified R.J. Barrett. These are the guys they will chase now after Bagley.

The Summer of Marvin

Bagley turned a lot of heads this summer at the Drew League in Los Angeles, where he frequently held his own against NBA players, including All-Star DeMar DeRozan.

He’s just the 10th player in the history of 247Sports to score a .9999 or higher in their composite rankings.

Marvin Bagley is just the 10th player in @247Sports Composite history to score a .9999 or higher rating. https://t.co/EsoRbRWcCj https://t.co/P31hbVVFuC

Additionally, in recent weeks, Marvin Bagley and his family looked into the possibility of the prep prodigy reclassifying to 2017. It’s now confirmed that he will enter the 2017 class, and be its top player.

This will allow Bagley to enter the NBA a year earlier (in 2018), and then start his NBA salary clock.

On Sunday, Duke landed a commitment from 5-star point guard Tre Jones, who is the No. 1 player at his position in 2018, per 247Sports. However, trying to find a way to land Bagley this summer was the top priority for the Blue Devils.

Additionally, it means that Bagley could hit restricted free agency in 2022 — the first time NBA players can make max money. He could also be in line for the league’s new designated rookie max structure.

Inside the Playbook: Stop! Hammer time with Duke basketball