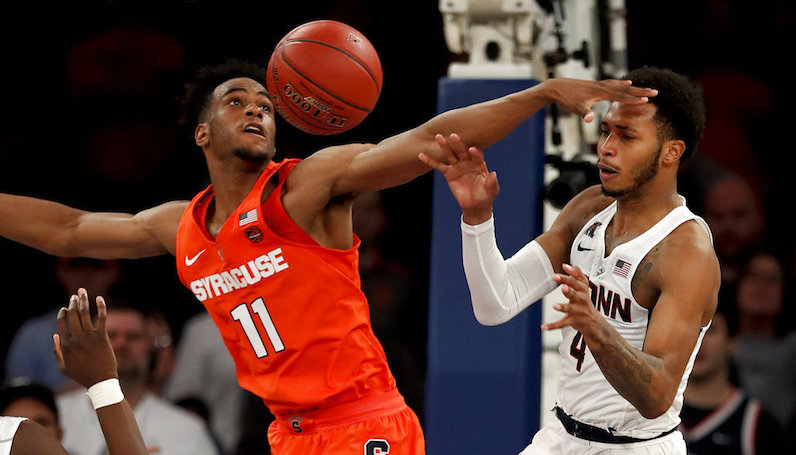 Each player was recognized for the first time this season. ACC basketball weekly honors are determined by a vote of a 15-member media panel.

Reed scored 22 points, including 13 in the second half, in leading the Tigers to a 71-69 comeback victory over No. 22 Florida in the Orange Bowl Classic on Saturday. Reed added five rebounds and a game-high six assists. The Landover, Maryland, native finished 6-for-8 from the floor and 9-for-11 from the foul line.

Reed has been clutch for Clemson throughout the season, and he delivered again on Saturday. Eight of his 22 points came in the last five minutes of the contest. It was Reed’s second 20-point game of the season and 15th of his career. With a jumper at the 3:25 mark of the second half, Reed eclipsed 1,000 career points scored (475 at Clemson; 529 at Robert Morris). He earned game two Orange Bowl Classic MVP honors for his performance.

Brissett turned in the best overall performance of his young Syracuse career in Saturday’s 86-79 overtime road win at Georgetown. The Mississauga, Ontario, native posted collegiate bests of 25 points and 14 rebounds while playing the full 45 minutes. It was the fifth double-double of the season for the 6-foot-8 freshman, who also handed out a pair of assists and made one steal.

Brissett, who went 4-for-7 from 3-point range and 9-for-12 from the foul line, had just one point at halftime of Saturday’s game before coming up big in the second half of regulation and in overtime. Brissett’s heroics helped the Orange overcome a 13-point second-half deficit and defeat the Hoyas for the 50th time in the long-running rivalry.

Next to Maye, Sterling Manley keeps UNC’s frontcourt efficient on both ends