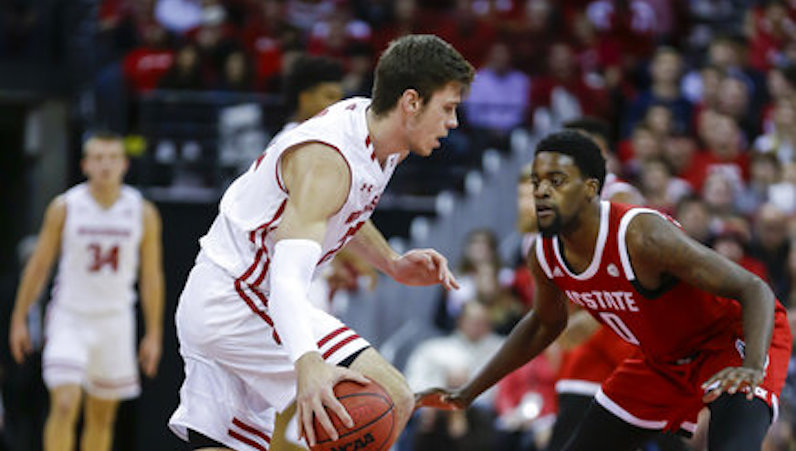 According to Keatts, Funderburk is enrolled in summer school at NC State. Funderburk continues to go through the draft process, too; he hopes to get into facilities for workouts with NBA teams. (Back in March, while speaking with the media, Keatts announced that Funderburk planned to test the draft waters.)

Keatts tells @jwgiglio that DJ Funderburk has enrolled in summer school and he’s hoping to get to facilities to workout with NBA teams before making a final decision. Keatts also says “I like where we’re at” in terms of Funderburk returning next season.

NBA teams are in the midst of re-opening team facilities. For now, the numbers are limited. The priority remains getting current players into facilities ahead of, say, potential draft prospects, as the league hopes to resume play at some point this summer.

Last week, the NBA and NCAA pushed back the withdraw date for early-entry players. This date was initially set for June 3; however, that’s been delayed indefinitely.

In his second season on the floor with the Wolfpack, Funderburk played in 30 games (15 starts) and averaged 12.8 points and 6.1 rebounds per game. The 6-foot-10 Funderburk was especially good on the offensive glass and in the pick-and-roll game with Markell Johnson.

Funderburk proved to be an effective two-way player as well. During the 2019-20 season, Funderburk posted a 3.2 percent block rate and a steal rate of 2.0 percent. After spending the majority of the 2018-19 season at the 5, Funderburk moved around more this year. With NC State’s limited depth, Keatts played more minutes with two traditional bigs on the floor: Funderburk and shot-blocking artisan Manny Bates (6.2 blocks per 40 minutes).

This pushed Funderburk away from the basket in some defensive coverages — matched up with speedy perimeter-oriented power forwards.

NC State frequently utilized Funderburk as a switch defender on smaller guards out on the pick-and-roll. This tactic worked, too. Funderburk hung with zippy point guards like Chris Lykes and Xavier Johnson after ball-screen switches this year, which is rather impressive.

In this role, Funderburk emerged as arguably the most versatile defensive big in the ACC — capable of protecting the rim and guarding 1-5.

If Funderburk is to return, which seems like a strong possibility, this is something NC State would ask of him, again. There could be a lot of minutes with Bates and Funderburk on the floor together, even if that cuts against Keatts’ preferred 4-out approach.

That pairing can work defensively, but there are some concerns on the offensive side of the floor; NC State’s pick-and-roll attack has less space with two non-shooters on the court together.

Before declaring for the NBA Draft, incoming 4-star freshman forward Josh Hall factored into these options, too. As a stretch-4 or at the 3, Hall would’ve given NC State serious lineup flexibility.

During the interview, Keatts also addressed the situation with Hall, who became the second NC State commit in as many years to head for the draft before arriving on campus. Jalen Lecque made a similar choice in 2019, too.

Keatts on Josh Hall’s decision on @999TheFan: “What do you not want me to do, not recruit the best players? … Who am I to tell a family it’s not the best situation for them. I hope he makes it. We would have loved to have him, but we’ve got to coach the guys we have here.”