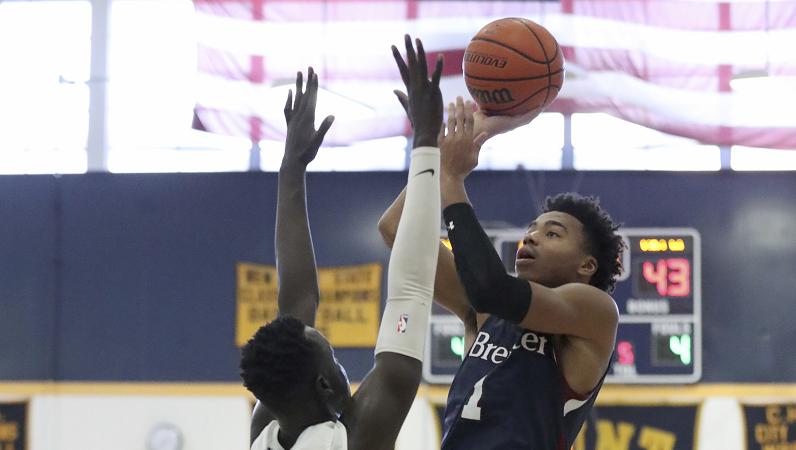 If you were an NC State fan hoping to see blue-chip signee Jalen Lecque pullout of the NBA Draft pool and play ball in Raleigh next season, it’s probably time to let go of that reality.

The cards were already stacked against Lecque actually suiting up for the Pack in the 2019-20 season. Lecque, a top-35 recruit in the 2019 class, seemed all-in on pursuing the preps-to-pros dream. However, after a strong performance early on at this year’s combine — which included posting the event’s top max vertical leap (43 inches) — news broke Friday afternoon via ESPN’s Adrian Wojnarowski.

Guard Jalen Lecque of Brewster Academy (NH) has decided against playing today at the NBA Combine based on feedback to his family, per source. Lecque’s athleticism was certainly evident for NBA executives on Thursday.

According to Woj, Lecque has opted against playing in the combine’s scrimmages on Friday. Reading the tea leaves, this likely means the Lecque family got exactly what it wanted: an assurance from a team(s) that if Lecque is available in the draft — perhaps late in the first round — that he will be their pick.

Incumbent NC State point guard Markell Johnson is also in the process of testing the draft waters; however, the rising senior didn’t an invitation to participate in the combine or the G League Elite Camp. This doesn’t mean Johnson is a lock to return; he could easily decided to just start his professional career now. That said, the option to come back to Raleigh for one more season has plenty of appeal, too.

Regardless, Johnson’s decision will loom large for the Pack now. If he elects to keep his name in the draft, Keatts will have to evaluate his back-up plans. (Hello, Blake Harris!)

Read More on Jalen Lecque and the NBA Draft