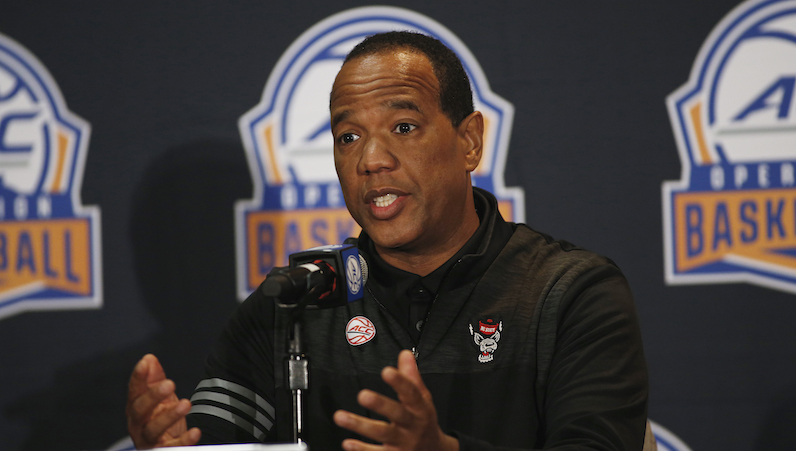 Jaylon Gibson won’t attend Wake Forest, but he will still play in the ACC. On Thursday, the 3-star power forward committed to NC State.

Less than two full weeks after asking for a release from his letter of intent to Wake Forest, following the dismissal of Danny Manning, Gibson picked the Wolfpack.

“Be strong and courageous. Do not be terrified; do not be discouraged, for the LORD your God will be with you wherever you go." Joshua 1️⃣:1️⃣ #COMMITTED pic.twitter.com/CCZXbflKt9

The 6-foot-11, 200-pound Gibson hails from Raleigh, where he played prep basketball for Grace Christian. 247 Sports ranks Gibson as a top 15 prospect in the state of North Carolina.

With Josh Hall’s decision to remain in the 2020 NBA Draft, NC State had an open scholarship. The Wolfpack are still waiting to see what DJ Funderburk decides to do. Funderburk is currently exploring the draft process.

Gibson’s profile really started to rise, too, the 2019-20 season. During his senior year, Gibson averaged 16 points and 11 rebounds per game.

The addition of Gibson to NC State’s 2020 class brings that group back up to five incoming players.