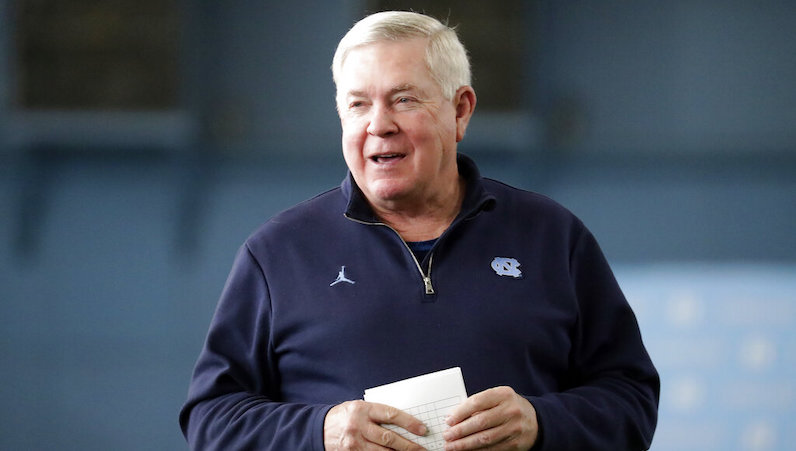 After one season in Chapel Hill, UNC running back Kamarro Edmonds will transfer out of the program, according to a report from Inside Carolina.

Edmonds, who played his prep ball for Havelock (N.C.) High, didn’t see any action in the 2021 season, his first with North Carolina.

After rushing for 1,402 yards and 17 touchdowns in the 2019 season, his junior year with Havelock, Edmonds committed to UNC. At the time, Edmonds was a 4-star prospect and a Top 150 player in the 2021 recruiting class. Edmonds was a key in-state commitment in North Carolina’s historic 2021 class.

The 5-foot-11 Edmonds has four years of eligibility remaining; he’ll quickly emerge as a coveted backfield talent in the transfer portal.

As for North Carolina’s running back room, well, there’s still plenty of talent and depth, including British Brooks, Elijah Green and DJ Jones. Plus, two newcomers join the mix, too: true freshmen George Pettaway and Omarion Hampton. Pettaway enrolled early; he’s been with UNC since January. Hampton will arrive in June, per Inside Carolina.

Brooks returns as the group’s leading rusher. During the 2021 season, Brooks ran for 295 yards, 9.5 yards per carry and four touchdowns. Green recorded four carries for 11 yards, while Jones ran for 253 yards on 60 carries (4.2 yards per attempt).

Look Ahead: North Carolina basketball’s rotation for the 2022-23 season