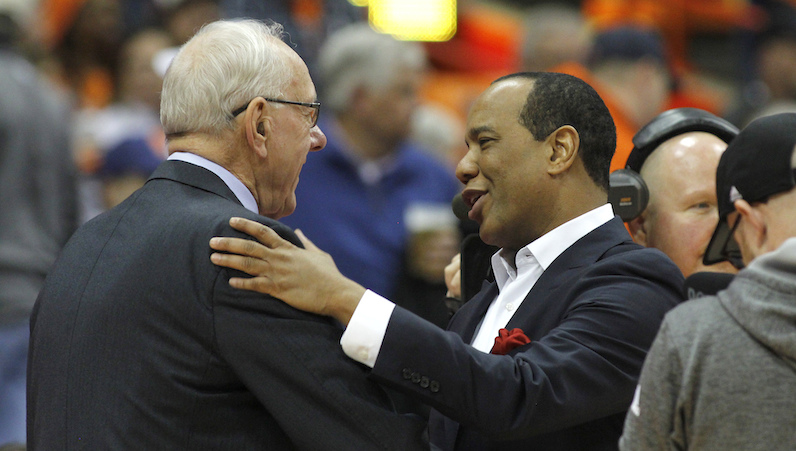 MJ Rice, one of the top prospects in the state of North Carolina, will head to Oak Hill Academy for his final two seasons of prep basketball. The 6-foot-5 Rice, a 5-star wing in the 2022 class, played for Durham Academy the last two seasons.

247 Sports Composite ranking slots Rice as the No. 22 overall prospect in the 2022 class, and the No. 2 prospect in North Carolina.

*BREAKING* Five-star 2022 shooting guard MJ Rice (@MJrice_1) will transfer to Oak Hill Academy to play for @OHACoachSmith for his final two years of HS.
“I’m the type that always wants to keep challenging myself.”
STORY⬇️https://t.co/wDiGunrfpm pic.twitter.com/r51lrxIZ91

Back in Dec. 2019, Rice tore his ACL, which forced him to miss the remainder of his sophomore season. Prior to the injury, Rice averaged 25 points and nine rebounds per game. Shortly thereafter, Rice had surgery to repair the ACL; since then, he’s been recovering.

Rice has interest from several of major programs; he took an unofficial visit across town to Duke before the surgery, where he met with the team and coaching staff.

Back in February, NC State offered Rice a scholarship, too. Pittsburgh, led by Jeff Capel, and Boston College have also offered Rice, according to 247 Sports. With a full recovery and continued development at Oak Hill, Rice’s profile could continue to skyrocket.

At Oak Hill, Rice will team up with fellow 2022 5-star prospects Dior Johnson and Zion Cruz. Johnson, a top-five prospect in the 2022 class, committed to Syracuse in February. Back in April, he committed to Oak Hill, too; Cruz, a 5-star combo guard from New Jersey, did the same. Cruz has offers from both Miami and Syracuse.

Positionally, Johnson, Cruz and Rice should fit together nicely: 1-2-3.