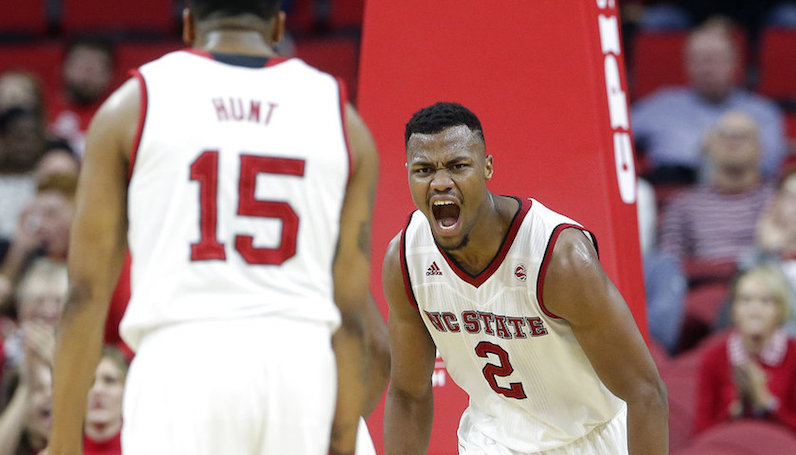 Over the weekend, Torin Dorn announced his decision to withdraw from the NBA Draft — days before the deadline — and return to NC State for his senior season.

This was always the move for Dorn, who had nothing to lose by going through the pre-draft workout process.

Dorn averaged a career-high 13.9 points per game — good for second on the team — in 2017-18. He snagged 6.3 rebounds per game, and posted a defensive rebound rate of 15.7 percent, according to KenPom; this is why he was the perfect lynchpin for Kevin Keatts and NC State. Dorn is a decent outside shooter who can also create off the dribble and rebound well for a 6-foot-5 small-ball power forward.

This affords Keatts and the Pack the lineup flexibility they desire: NC State can space the floor with at least four perimeter threats offensively (spread pick-and-roll opportunities) and switch screens on the defensive end of the floor, too. With Dorn returning, NC State has a half-dozen of like-sized wing players. That’s critical for the new style of play in Raleigh.

Dorn is a productive midrange player with a solid face-up game; he’s at his best when attacking the basket or working along the baseline. According to Synergy Sports, Dorn shot 61.6 percent (1.28 points per possession) on non-post-up attempts around the rim.

More will obviously be expected of Torin Dorn now, too. Last season, Dorn ranked third on NC State’s roster in usage rate (22.7 percent); the two players ahead of him — Al Freeman and Omer Yurtseven — will play basketball in different cities in 2018-19. There’s a very good chance Dorn is NC State’s highest usage player and leading scorer next season.

Inside The Playbook: How Sacha Killeya-Jones fits offensively at NC State