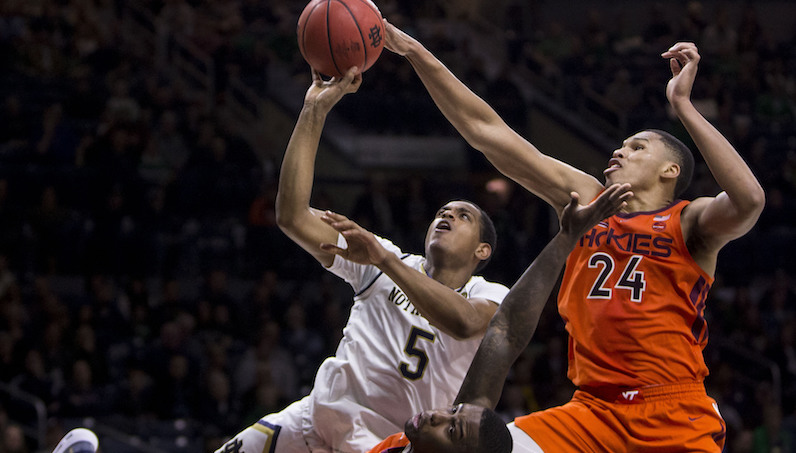 One of the top recruits of the Mike Brey era has entered the transfer portal. Over the weekend, sophomore forward DJ Harvey put his name in the portal, which will allow him to explore options outside of Notre Dame.

DJ Harvey is considering a transfer out of Notre Dame. https://t.co/hnjw6jZl6W

A former top-50 prospect, Harvey developed at DeMatha Catholic (Md.) before enrolling at Notre Dame in 2017. During his two seasons in South Bend, Harvey has played in 48 games, including 34 starts. In the 2018-19 season, Harvey started 29 games and averaged 10.7 points and 4.2 rebounds.

His time with Notre Dame has been limited due to injuries, too. As a freshman, his season was cut short with a knee injury. Some of those issues continued into this season as well; Harvey was unable to play in Notre Dame’s exhibition series in the Bahamas.

However, However has struggled with his efficiency at Notre Dame. As a sophomore, he shot under 30 percent on 3-point attempts. In ACC play, he shot just 26.4 percent from downtown while posting an offensive rating of just 84.2. Harvey shot under 47 percent at the rim this season.