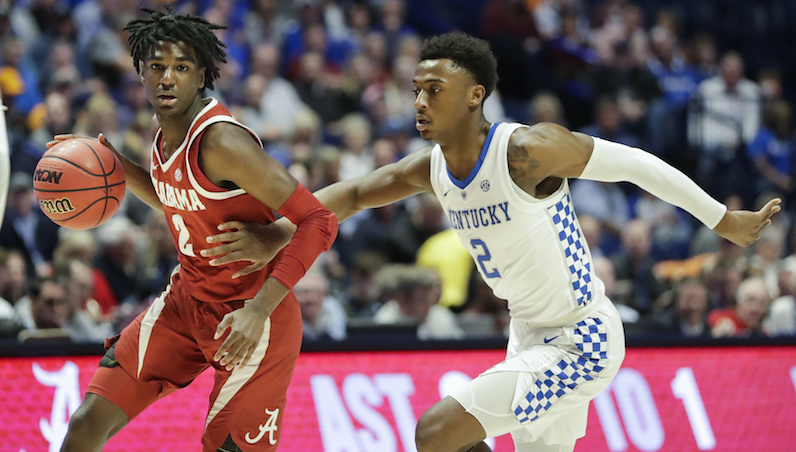 After Alabama’s decision to part ways with Avery Johnson, one the Tide’s top players entered the transfer portal: Kira Lewis. He’s quickly become one of the most sought after players in the 2019 transfer circuit. Several ACC schools are interested in Lewis, too, including Duke, Pittsburgh, Miami and Louisville.

A high-usage player (22 percent usage rate), Lewis posted a true shooting rate of 54.8 percent; overall, he shot 57 percent at the rim — with 75 percent of those buckets coming unassisted.

Initially, it seemed as though a return to Alabama was out of the cards for Lewis; however, that may not quite be the case.

What about Tre Jones?

As far as Duke is concerned, Lewis may not factor in for next season’s picture; if he transfers, Lewis would — barring a waiver — sit out and redshirt during the 2019-20 season.

Regardless, Duke’s point guard situation remains murky for next year. Obviously, if Tre Jones decides to return, few teams would be better set up at the position in 2019. A sophomore version of Jones has the ability to win ACC Player of the Year and Defensive Player of the Year.

I’m sure Jones has a lot more on his mind right now; Duke’s season just ended in wild fashion, and there’s family stuff to work though, too. However, if Jones heads to the draft — he’s a top-20 prospect for this year’s class — then Duke has a couple of point guard options for next season. At the top of the list would be 5-star freshman Boogie Ellis — a combo guard from California, rated as the No. 27 player in the 2019 class, per 247 Sports.

Jordan Goldwire will be a junior next season for Duke, too. Goldwire played just 301 minutes this season, and a portion of those came with Jones on the floor, too — in defensive-minded dual-point guard lineups. He’s not much of an offensive player, but Goldwire does provide some defensive capabilities.

There’s also the possibility of RJ Hampton in Durham next season, too. Hampton is a top-five prospect in the 2020 class, but if Jones heads pro, the 6-foot-4 guard from Texas could also be an option.