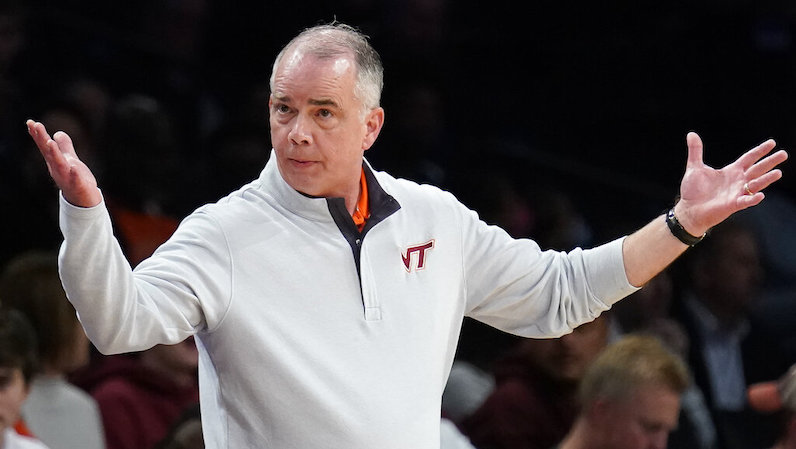 Virginia Tech head coach Mike Young works the bench in the first half of an NCAA college basketball game against the Notre Dame during quarterfinals of the Atlantic Coast Conference men's tournament, Thursday, March 10, 2022, in New York. (AP Photo/John Minchillo)