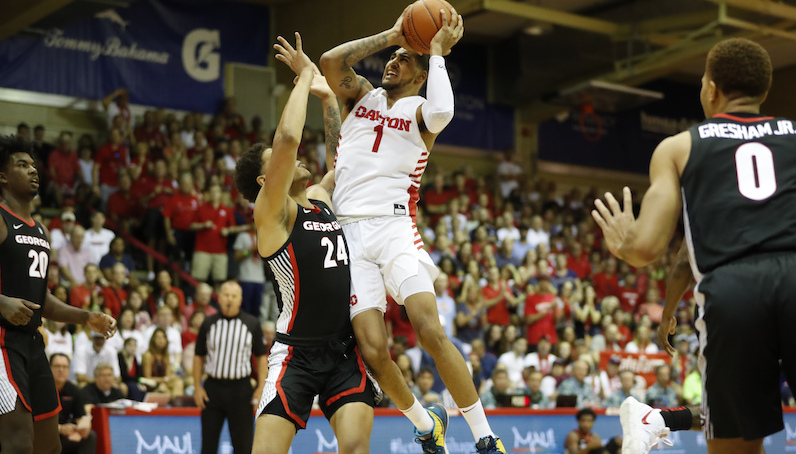 During his four-plus seasons at Georgia Tech, Josh Pastner has made use of a couple key transfers, like James Banks, who arrived to GT after two seasons at Texas. On Monday evening, Tech landed another transfer: Rodney Howard. Howard will stay in-state; the rising sophomore played the 2019-20 season for Georgia.

Over the last year, Howard spent time as a part of the Anthony Edwards Experience; the 6-foot-10 center committed to the Bulldogs as part of their monster 2019 recruiting class. Led by Edwards, potentially the No. 1 pick in this year’s NBA Draft, Georgia’s class ranked 11th nationally, per 247 Sports.

During his freshman season at UGA, though, Howard played in just 24 games — two starts, 176 minutes; he scored 31 total points and collected 35 rebounds. Edwards led Georgia with a mammoth 29 percent usage rate, too.

After placing his name in the transfer portal, Howard also considered Cincinnati and College of Charleston; however, Pastner and Georgia Tech made a strong pitch to Howard. He told Ken Sugiura of the Atlanta Journal-Constitution: “I just thought I’d be a great fit. There’s a lot of good guys returning, and I think I could be the missing piece. That’s what Georgia Tech thinks, too.”

In a very small sample size this season, Howard posted a block rate of 8.8 percent. That type of upside should fit nicely at Georgia Tech. With Ben Lammers or Banks anchoring the defense, Georgia Tech has a team block rate of 11.5 percent or better in each season under Pastner. In all four seasons, the Yellow Jackets have ranked inside the top 50 nationally in block rate.